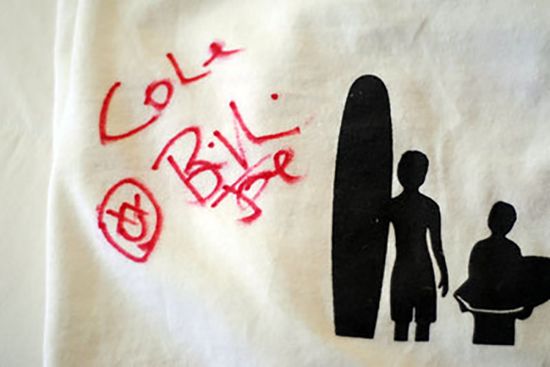 So lots of things happened in the past few non-blogging months. Things like cool blog reader Rochelle, whose hubby happens to run a surf school in sunny California, and one of his clients is the Armstrong family, as in Billie Joe Armstrong. As in Green Day Billie joe Armstrong. She kindly offered to have something autographed by Mr. Armstrong himself, for Coley. I never got around to sending her anything, so Rochelle seized the day, grabbed a surf shirt, and got the deed done. When it arrived in the mail, Cole almost stopped breathing for roughly a minute. And really, how cute is it that Billie Joe's happy faces have x's for eyes. Awwwww. It's so punk rock.

Speaking of t-shirts, my little buddy Tara sent me this cool find from Target. And again, Cole couldn't breathe, but especially so when he found out it was for me! 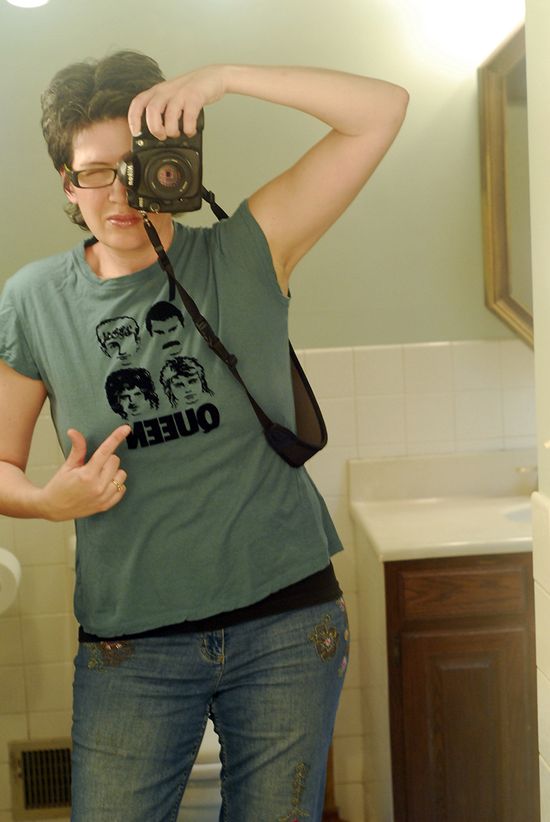 [and to be fair, there is a story behind this photo, and that story is, i took this shot SEVERAL times, until I was pleased that my ever-growing muffin top was camoflouged through precise angles and hip leanings. Remember people: it's okay to distort your own reality. Twenty pounds, schwenty schpounds. But perhaps more disturbing than my refusal to acknowledge the increased difficulty of buttoning these only jeans that still fit me, is the missing eye of John Deacon. At least my armpits were more or less shaven.] 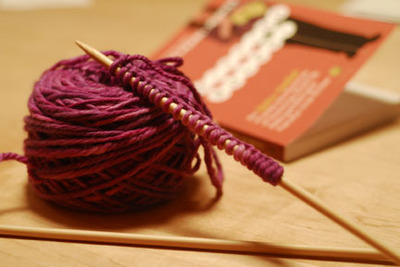 Yes. I can do a long-tail cast on. The garter stitch RULES. Bring on repetitive the stress injuries! Woo hoo!

Music wise, I've got to thank my music soulmate Krista (who's actually in the audience in Neil Finn's Sessions at West 54th dvd performance) for tipping me off to Gomez. Never had heard them before. Only have one album, but it's in heavy rotation. That, and the Imogen Heap CD, Speak for Yourself. I'm not really a fan of the techno, but there's a song on there called "Hide and Seek" and it's hypnotically beautiful, once you get past the electronicky sound. Good stuff.

And really…I think that about covers what i've done since October. Throw in a several loads of laundry, a few hormonally-induced meltdowns, numerous pots of coffee, erratic Oreo binges, and a series of superbly met deadlines for Simple, and you've pretty much got it.

Now that's a hell of a fall, wouldn't you say?