I present the before: 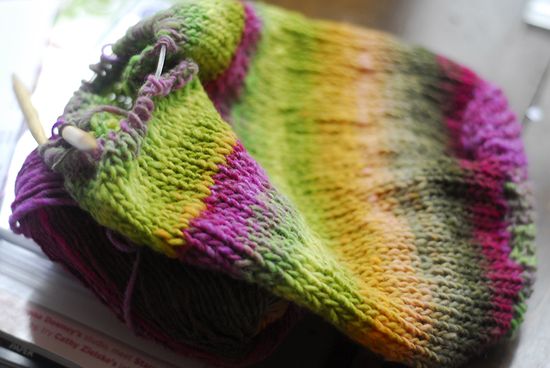 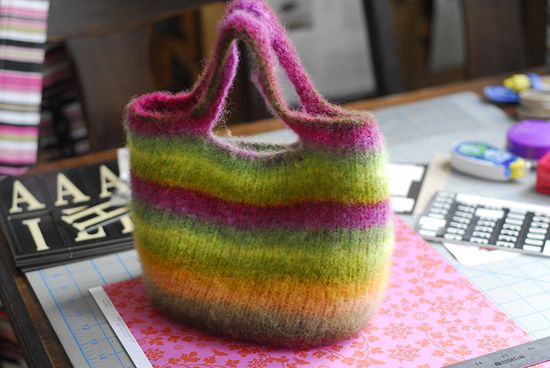 Awwwwww. Her so cute!

I don't know about you, but this knitting stuff is mildly…addictive? To put it…mildly.

So it's President's Day, and I'm actually going to take most of the day off. Right on! Just a few little work things to do, then I'm going to join millions of other Americans in reflecting upon and honoring our presidents, both dead and living.

For example, we'll bake cookies this morning in the shape of Millard Fillmore. We'll read stories and sing songs about Taft, and Truman and Kennedy. Oh…the fun we'll have!

Then we'll head out and exercise our rights as Americans to consume goods and services. Specifically, a new car stereo for my not-yet-ready-to-give-up-the-ghost 1990 Honda Civic. A little back story is needed…

Over the years, the car has done pretty well. A few major services required here and there, but by and large, it's done exactly what I purchased it for: continue to run.

Now, in the past two weeks, it's been very cold here and it hasn't done what it was supposed to do (run) and as I pulled out the jumper cables each time I had to go somewhere, and gazed upon the rusted out wheel wells, and the chipping paint, and the front and rear bumpers which are both just one good pothole away from falling off…i thought to myself: I could afford to buy a new car.

I mean, I have a job. I have very, very few monthly bills, other than home owner type of bills. I have no credit card debt whatsoever. I have some money in savings that could go toward a downpayment. I could actually buy a vehicle with both airbags and working seat belts!

So I started a little web surfing…and looked at a few cars that have piqued my curiosity: a Mitsubishi Outlander, a Honda CRV and the Fit, and the enviro friendly (but kind of ugly) Prius. And I enter in the payment plans on each website and realize I could really get a new car for around $300-$350 if I played my cards right. WOW! I could actually manage this! And this includes such features as wheels and doors, standard!

So I share all of this information with Dan, who listens intently, nods quietly, and we move on with our day. That was on Thursday or Friday of last week.

We are now up to this morning, after the fourth car jumping of the past two weeks, and I say to  him: you know, I really do think it's time to consider a new car, maybe sooner than later. This car (my Honda) just isn't safe anymore. And, we can afford a new car.

To which he replies:

You know, just because you can afford something, doesn't mean you need to buy it.

Isn't that the sexiest reply you've ever heard?

Here's to putting a new car stereo in, because apparently, I will be driving this car until Coleman graduates from high school.