Okay…I'm geeking out, or at least I did geek out REAL bad yesterday at roughly 4 p.m. C.S.T.

That's when the mail came. And I geeked out royally.

I have a friend named Krista, who is a righteous babe, a music publicist and a digital scrapbook product designer, and who also has one extra tag she can boast: one who has MET Neil Finn.  (and if you scroll down her blog post, you'll see the proof.)

So anyway… she kept me rapt with her extremely detailed e-mail recounting of that fateful night. I LOVED reading all the little bits. I get what a big deal it was to meet him. BELIEVE me. I get it.

So in the meantime, she tells me she's sending me some CDs (remember, music publicist) to check out, and the package arrived and i was like, "Cool. New Music." Then i opened the package, and the geeking commenced:

I present to you the front (which Dan had to gently point out to me was a series of anagrams based on the name 'Crowded House'): 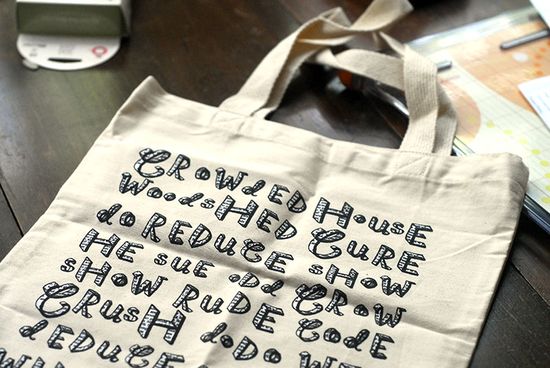 And then I present the back, which i actually saw first when i opened the package: 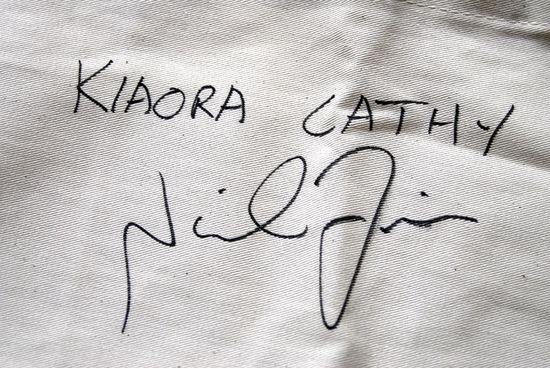 [that's where you insert loud yelling noises that some say they could hear down the block.]

Kiaora to YOU, Mr. Finn.

Thanks, Krista. That was the best surprise I've had in many moons. Many, many Finn-laden moons.