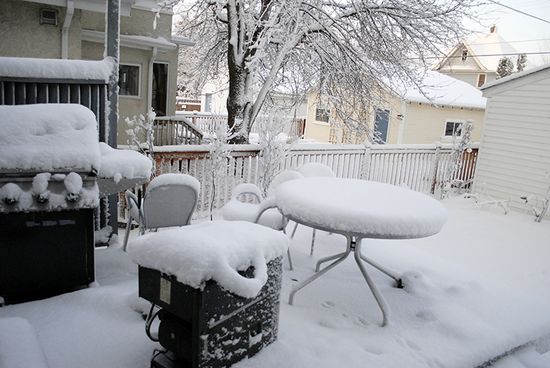 Because when you do, she gets real pissed off and does this, y'all.

Dan won't shovel in April. It's in his contract apparently.

He also won't remove the giant air conditioning unit that has been sitting in that very position on our deck SINCE NOVEMBER. I remember asking him, when we pulled it out of the wall it was sealed into, "Do you think that will still be sitting there in Spring?"

That's how we roll. We're saving it for when we retire. To a trailer.

But despite the snow, today is a special day because I'm not sure if you know this or not, but it's Crazy Hair Day at my kids' school. 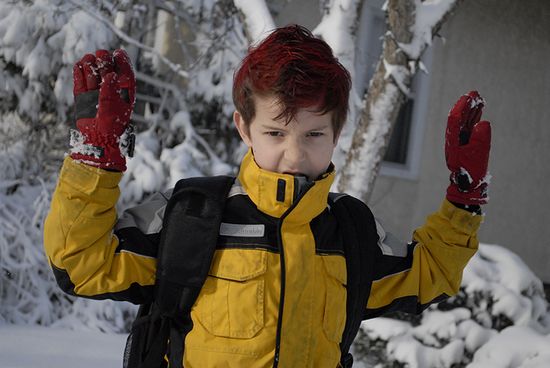 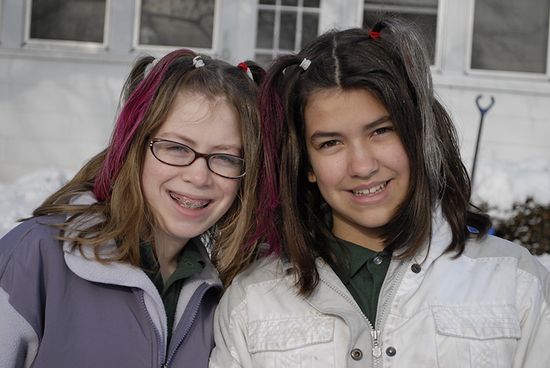 Even Cole's teacher (who's also a friend of mine) got into the action. Nice devil nubs, Melissa! 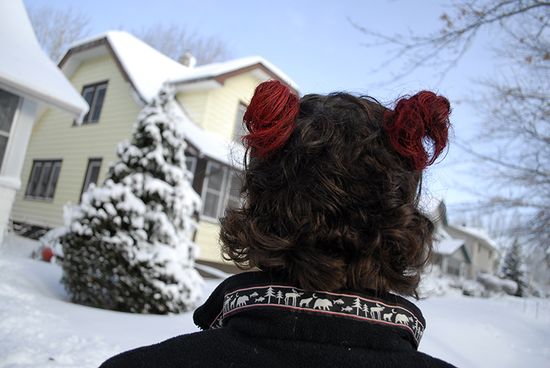 So all's not lost.

But I think sweet Chester sums up how most of us Minnesotans feel about this April 1st shovel out: 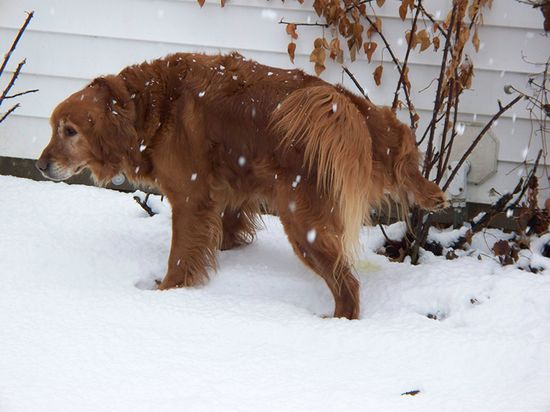