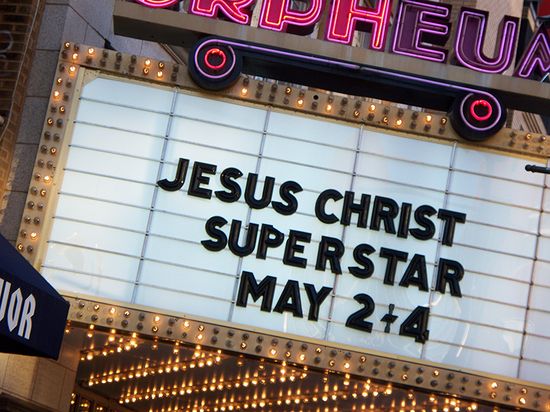 And may I just say as I return fully to the written form and leave behind National Scrapbook Day-related video blogging, that from the 20th row of the Orpheum Theater, it didn't really matter that Jesus was 64 years old. Dude can still sang! And I was a bit nervous. I'll admit it. We saw him in a production of this in 1993, and I can still remember Dan shooting me a few glances during the show, then afterward, saying: "Jesus has lost a bit of his upper register."

But not on Saturday night. Jesus rocked. (That would make an excellent bumper sticker, no?) Took both Aidan and Cole, along with my two sisters in law and one corresponding husband. Cole totally dug it, as you can see by his excited expression in the photo below, which can also double for constipation: 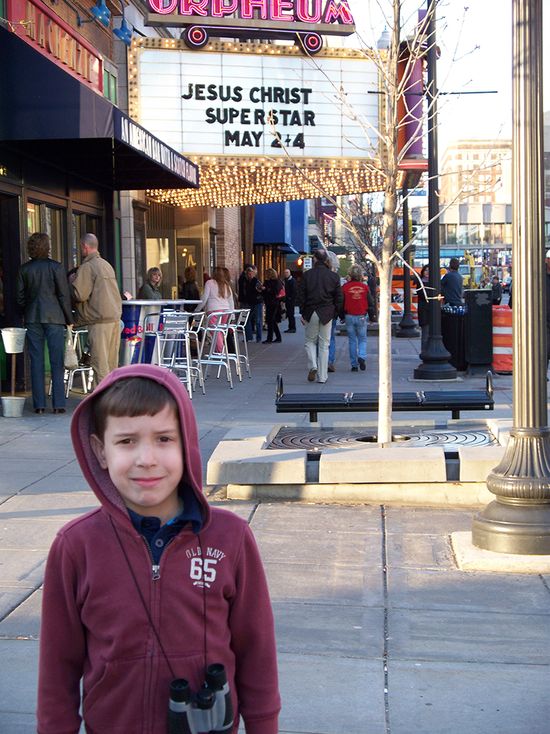 He's reached that age. That magical age where he will barely tolerate the carefully trained lens of my camera. Sigh. Knew it was coming.

But not Aidan! She has entered a new phase, the one that says: I look REALLY good, will you take a picture? 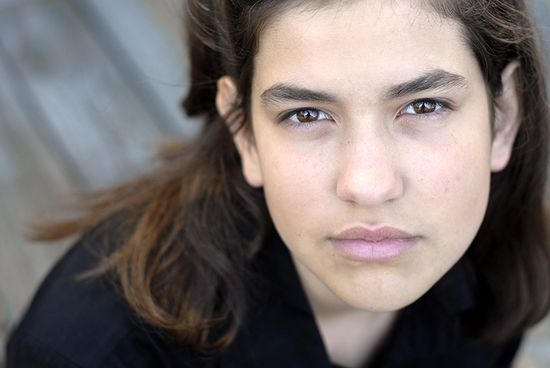