It was 12 years ago, that this lovely photographic nugget was taken: 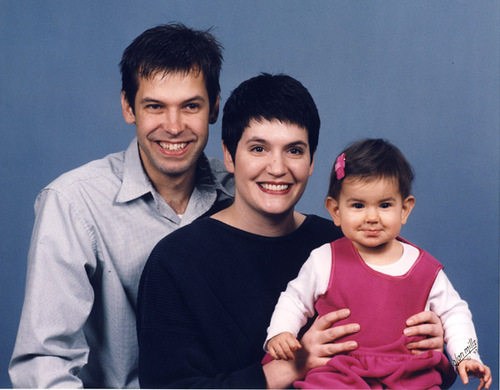 Dan looks like he’s just waking up from one SERIOUS night of partying. I’m wearing black to camouflage the fact that of the 100 pounds I gained during my pregnancy, minus the 8.2 that Aidan accounted for, I still had roughly 65 more to lose, yet she was clearly not a newborn.

And speaking of that little imp, she was definitely the high point of this shot, in her adorable little pink Baby Gap jumper dress.

And little Coleman? Well, he was just a gleam in my eye (and would also never see a Baby Gap label against his little body. 2nd kids get Old Navy. EVERYONE knows that.)

I share the lovely photo with you today and tell you this: it is not on display anywhere in my home. It resides in a box, in my basement, where we keep our liquor and the monsters. It rarely sees the light of day, however, it came out recently because after 12 years, we finally decided to get another Church Directory family photo taken.

Why it has taken so long to get all four of us in there together for a family picture has very little to do with the fact that when I step into the sanctuary there are small but easily managed fires that spontaneously erupt in various corners of the church. Really. Very little to do with that at all. It’s just been timing.

So several weeks ago, we showed up and got this: 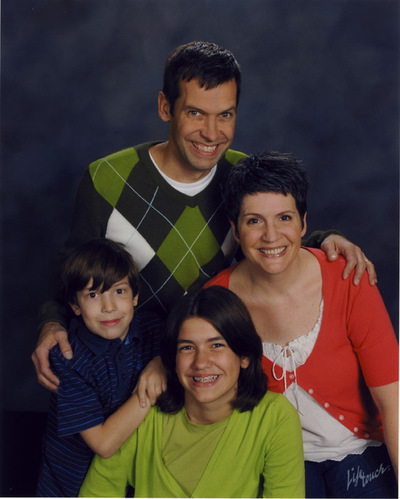 Notice the differences? No? Okay, i’ll point them out to you:

• Dan has a giant vein running down the left side of his head. And his skull has been surgically elongated since the last photo.
• I have roughly 15 less pounds and have also learned to pluck my eyebrows.
• Aidan has added roughly 11-1/2 years and braces.
• There is a nine-year-old boy.

I don’t want to offend anyone, but I’m not a fan of the studio family shot. It’s just not us. And with all my crazy talented scrapbooker photog friends, I can usually get something that’s a bit more interesting. That said, the dude who took the shot was really savvy, and convinced me I needed one of these for my  home. He sat me down and we agreed on two canvas wrapped 5 x 7s. Just as I was about to sign on the dotted line, he said, "And that will be $86 plus tax and shipping."

Because I was raised to be polite (and I really can’t deal with confrontations, and I want everyone to like me) I couldn’t NOT go through with it, though every cell in my body was screaming, "YOU WILL NEVER DISPLAY THIS SHOT IN YOUR HOME, IDIOT!" And so, we placed the order.

What I didn’t know was this: we were entitled to get a free one just for showing up.

We picked up our FREE print two Sundays ago, and I’ve tried to find ways to make me want to put it up in my home somewhere other than in the basement. Thanks to an array of Photoshop actions, I may have created several potential keepers in the following examples:

First, i tried a few actions from Kevin Kubota’s Artistic Actions Vol. 2.  First up: Lord of the Rings II: 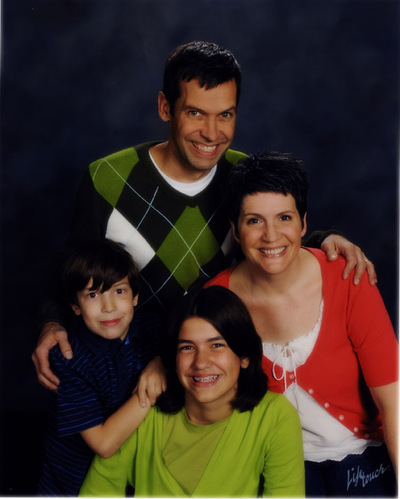 Hmmmm. A little too freaky glowy. Dan IS that orange in real life. The rest of us? Not so much.

Then I tried the Modern Antique with Glow: 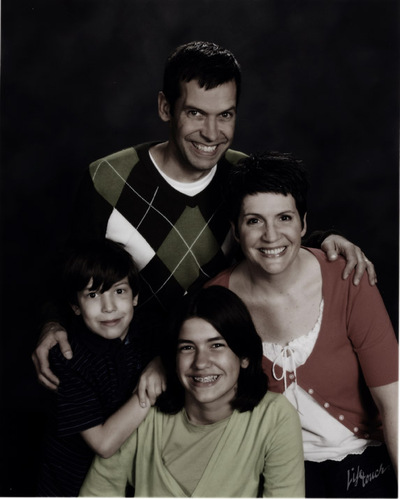 I suppose it’s nice if we’re going for that Cullen family vibe.

But it wasn’t quite there, so next up: Totally Rad Actions. 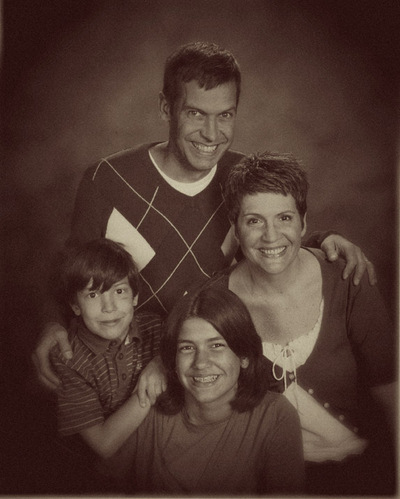 Reminds me of the old west shots from the mall. All that’s missing are the cowboy hats and assless chaps.

Then I tried one from Totally Rad Actions—The Revenge, called "Dirty and Used Up": 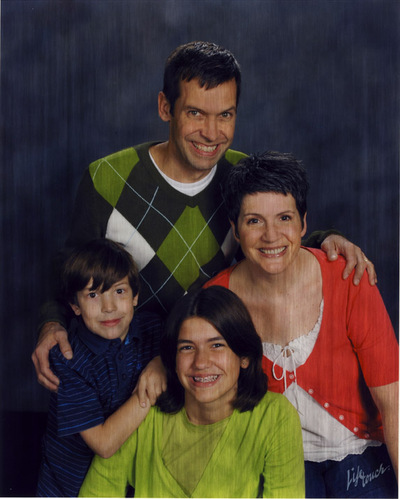 And while all of these were well and good, I decided to just hit my old standby favorite action from Ree, the Pioneer Woman, called PW’s Black & White (and it’s free!) 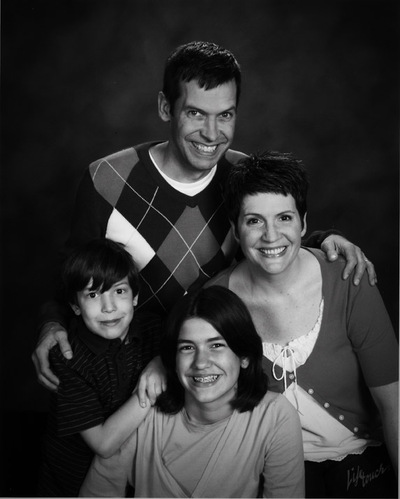 I don’t know if it’s going to be better than one of the Totally Rad Revenge actions called "Beer Goggles," but it might just find a place higher in the house than the basement. 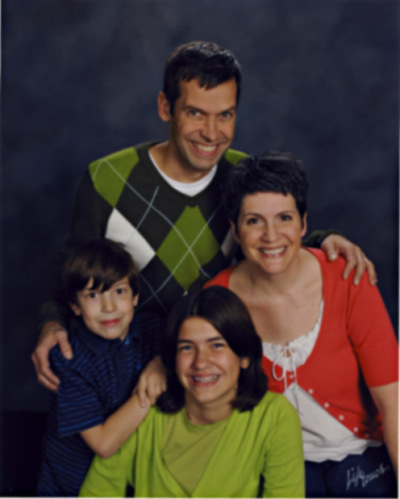