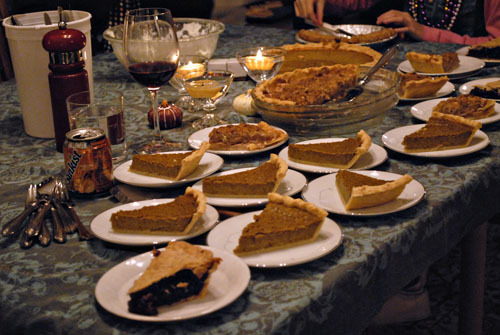 I heart Thanksgiving. Everything about it. 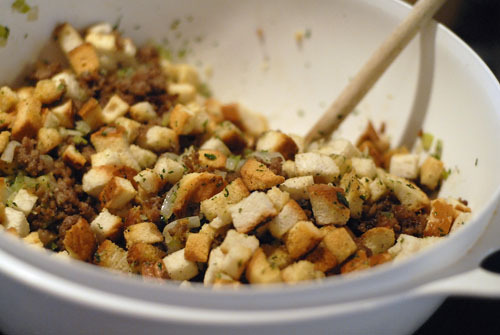 The food. The family (with the exception that I’m not NEARLY close enough to my family, who live all the way down in Las Vegas). And the time. Just the simple fact of having five days off in a row to just spend in any way imaginable. 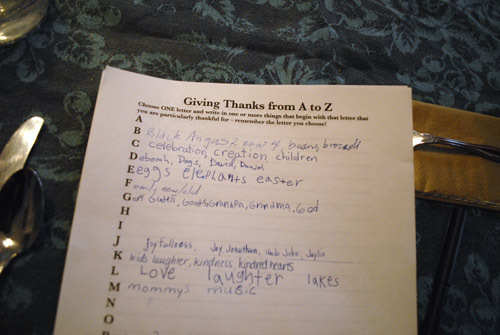 This year, my brother-in-law Jonathan had everyone pick a letter and list some of the things they were thankful for. My letter was "P". I wrote that I was thankful for: passionate people, popsicles, puppies that I do not own, and Prince. 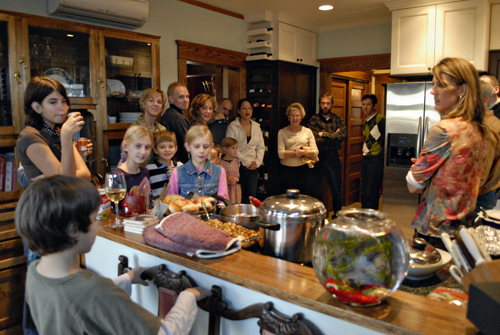 This year, pretty much all the Zielske family members (and wives or husbands, or significant others) were able to be together for the meal. I love our kitchen gatherings to say grace, which is usually sung, and in a round. (Those Lutherans are just plain FUN, I tell ya!) 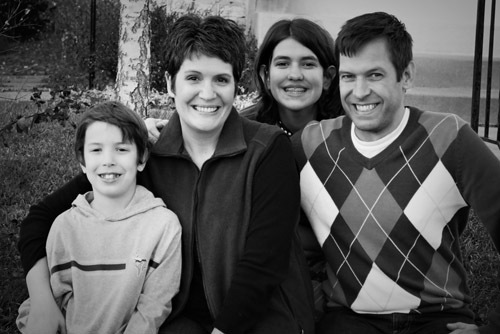 We even managed to get a shot of the four of us together. Now THAT is something to be thankful for. Sure, I’m a wee bit puffy and wearing the same vest I wear almost every single day, Cole is so pale he borders on transparent, Dan looks like he’s holding his breath and puffing his chest out in some threatening primate-like display, and Aidan looks like she’s trying to point out: Um, HELLO, like, don’t forget about me back here, like, all by myself now, dudes! But I will say this: these are the people I’m most thankful for.

Here’s to the start of the holiday season