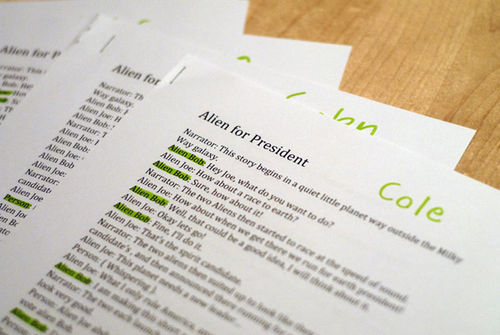 After the overwhelming reception of the critically acclaimed The Aliens Are Eating Our Cornflakes, my son, the playwright/director/actor is at it again. This time, he's worked on a new script tentatively (and actually) called "Alien for President."

The details are sketchy, as he's kept it under wraps for the past 24 hours since he wrote (and typed) it, but it involves aliens coming to Earth and running for, you guessed it, president. And although the script is shrouded in much secrecy, I did happen to catch the line: "I'm Alien Bob, and I approve this message."

Cole even coaxed Dan into taking him out last night to find a suit coat and tie. You know, to look more presidential in the role. 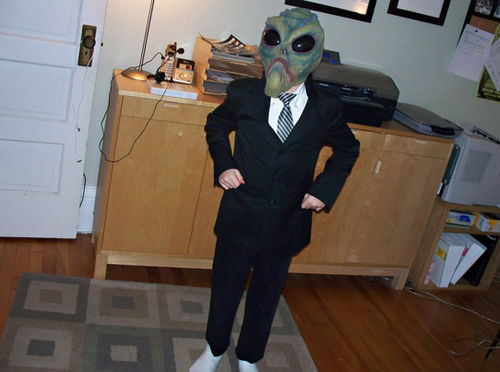 Now if I could just teach him about double spacing in Microsoft Word. There'd be no stopping him. 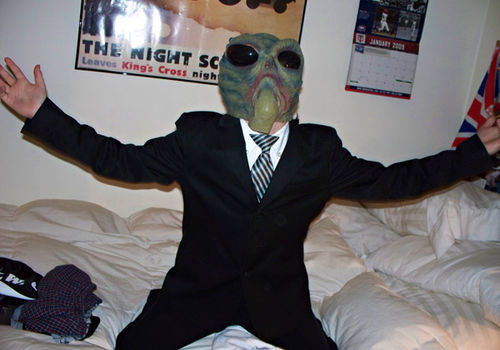