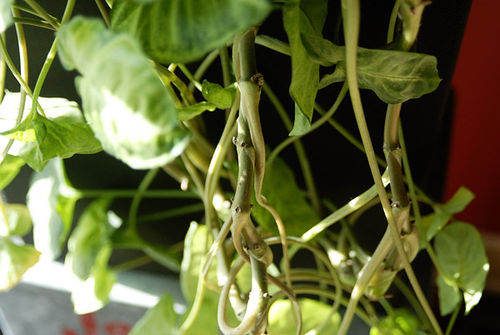 A few months ago, I went against every single human instinct I possess, and joined Facebook. (And yes, if you ask me to be your friend, I'll gladly accept you because in 2009, my self-worth will be based not only on how many pounds I lose on Weight Watchers, but how many friends I amass on Facebook.)

Facebook is the new smoking. It's a horribly addicting, time-sucking entity that will eventually drain you of your life force as you fight your family for computer time to update your status with things like, "Going to eat now," or, "Good news! The rash is NOT contagious!". And you know what all that's code for? TOTAL AWESOMENESS!

Okay then, Mr. Smart Ass, I will. And I became of fan of all three. And bacon, too.

But the more I thought about the fact that I'd publicly announced, through Facebook, that I was now a fan of photosynthesis, I realized that I couldn't ride the wave of deceit any longer. The truth is, I'm not. I'm so sorry for those whom I'm about to offend by saying this, but here it is: I'm not a big fan of house plants.

The reason? Ours suck. 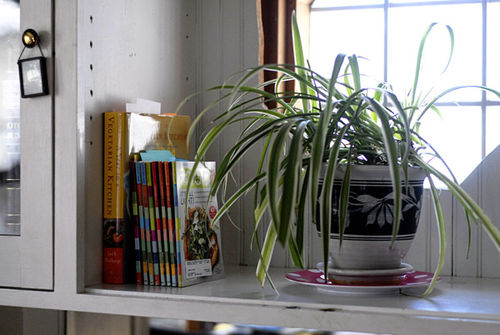 Just minutes before this shot was taken, the plant was an absolute mess: brown, burned leaf tips, spindly crap wrapping around my special collection of Everyday Food mags, and the pink, polka-dotted plate was covered with a strange, orange mineral melange of gunk. Thanks to some quick, handy scissor work, it's better. But I never look at this plant and think, "Thank you, nature."

Next, Exhibit B, The Bloody Mess: 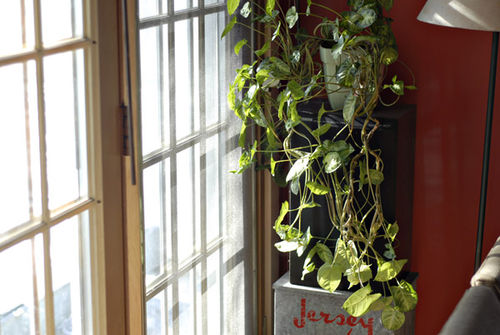 This photo is doing FAR more justice than this plant deserves. Truly. It sits menacingly on one of our stereo speakers, doing its best to get all mangled up in the blinds (which I hardly ever close because it's just too much to deal with, all that detangling). Every so often, when no one is looking, I take those trusty scissors of mine and start hacking away. And then I act all, "What? Must have gotten caught in the door or the blinds."

Maybe part of why I don't like this plant is where it's located, which is here: 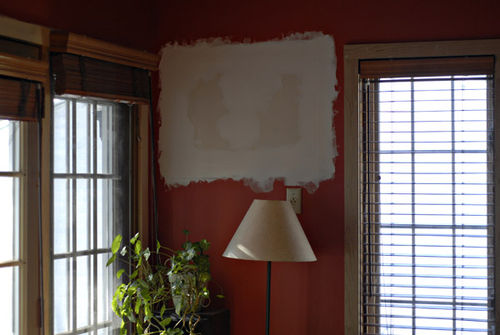 What's that, you ask? Above the messed up plant? That's where our built-in, 200-year-old air conditioner unit used to reside. We finally took it out and started to patch up the hole. A year and a half ago. I've gotten used to it now. Doesn't even bother me. However, I thought it lacked something, so I added this: 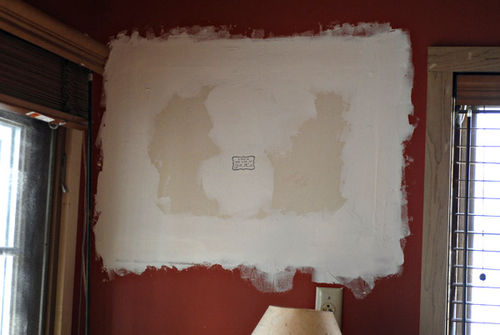 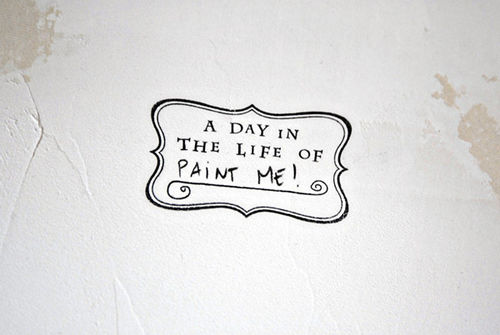 (Cat's Life Press stamps are SO versatile! But I digress…)

Back to the plants. This next plant has been around as long as Dan has: 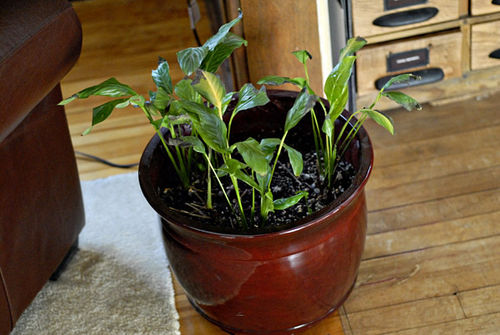 I purchased this Peace Lily in the first month after I'd moved to Minnesota in 1990, to shack up with my then boyfriend (shhhhh) Dan. Okay, don't look at me like that. He had a duplex. I moved in upstairs. UP-stairs. He was (and still is) a Pastor's kid. I wasn't about to be damned for all time.

We recently transplanted this into the pot you see. Dan assures me it'll come around. I'm hoping it's not a reflection of our years together.

But all of all of the plants in my house, this one is the saddest of them all, and I vacillate between wanting to wrap a cozy blanket around it and drop-kicking it into the trash. I present the Charlie Brown Christmas Tree plant: 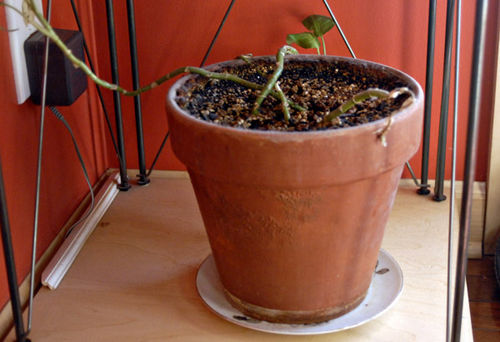 Just look at it. It barely even qualifies as a houseplant. More like a housebranch. Poor little thing. Maybe it's the fact that it's always surrounded by shoes. 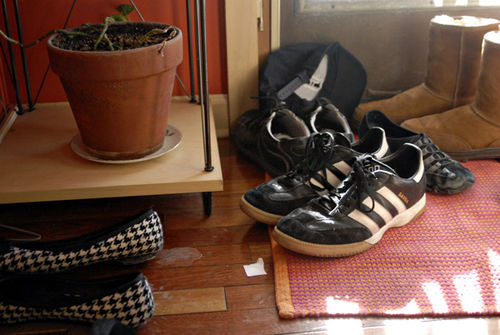 I'll bet it doesn't appreciate slip-on houndstooth patterns at such close proximity. Or sitting on the lowest shelf in the room. Or the fact that I hate it and think it makes the whole room look totally depressing. And yet, that didn't stop me last December from trying to hang a few shiny ornaments from its meager branches.

So I just wanted to be forthcoming and correct the lie I'm living on Facebook. I'm not the fan of photosynthesis I said I was. I believe 2009 is going to be a year of big personal revelations and I'm starting now with the truth about my houseplants.

I mean really, the levels of oxygen Charlie Brown is giving off hardly justify the shelf space. 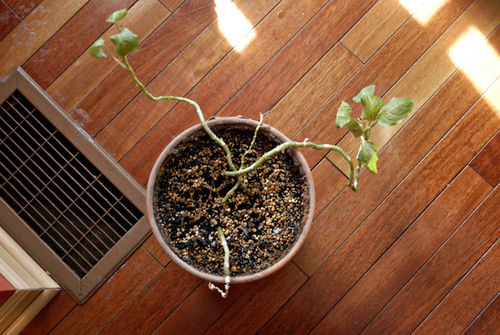