There's this really expensive and exclusive Lego chess set on the market; so exclusive, it's not even available for purchase in the United States, and of course, my son has had his eye on it. 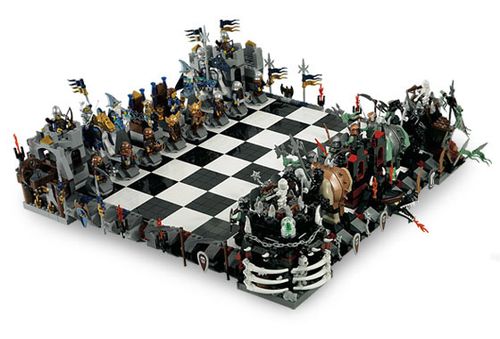 It retails for somewhere in the neighborhood of $200—sorry, I just had to cough—dollars. Even though Cole's birthday is months away yet, of course he would point this out as a possible idea. My response? "I don't have a job."

Rather than let my less than encouraging response beat down his indomitably sunny outlook, he took action and last week, created his own, playable version. 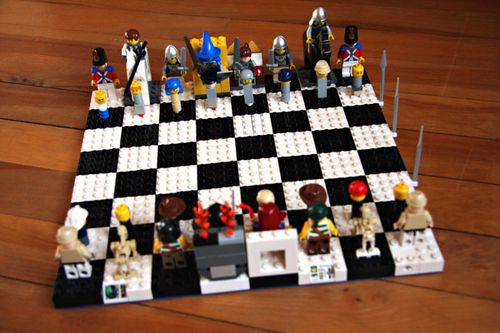 Took him hours, but he figured it out. Complete with one-of-a-kind pawns, knights, kings and queens. 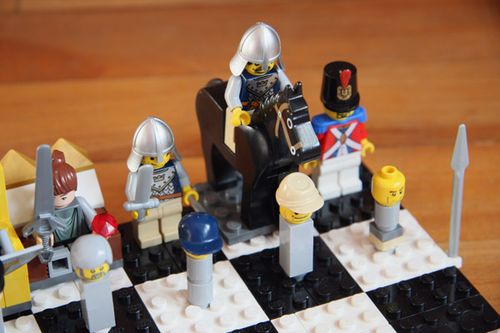 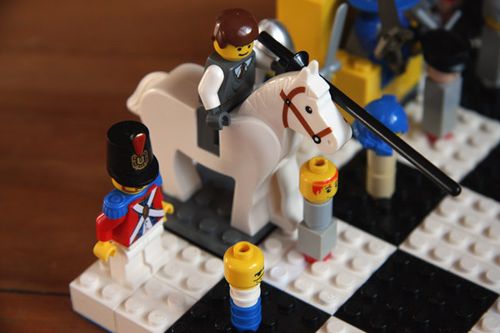 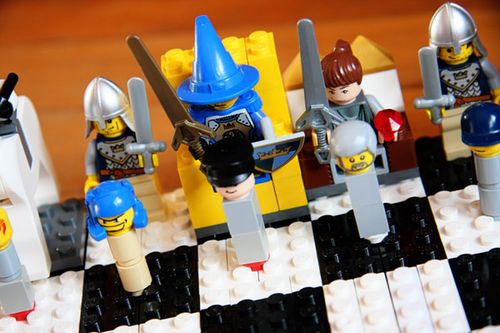 The next time I'm all whining about the stuff I don't have, maybe I should just bust out the bricks. I'll bet it's possible to build just about anything.