Dan got ambitious last Friday night and tackled one of the numerous projects on our ever-growing list of Things to Do So That We May Have a Perfect Life. The project? Organizing and alphabetizing our CD collection.

One would think this would be much more of a Cathy kind of job, given my penchant for order and my fondness for being able to locate Journey’s Greatest Hits with minimal profanity because JESUS, MARY AND JOSEPH, WHERE THE HELL IS IT? I NEED TO HEAR “STONE IN LOVE!”.

Yes, one would think, but one would be wrong. For all the order-lovin’ genes camped out in my DNA, CD and album organizing just aren’t part of my unique genetic sequencing.

Dan, surprisingly, does have the CD and album organization gene, and it became increasingly clear as he went from room to room, gathering renegade CDs and letting his highly refined classification skills whip their asses into alphabetical submission.

Now, before you get this image of one glorious wall of CDs from A to Z, you should know this: we keep them in three areas. 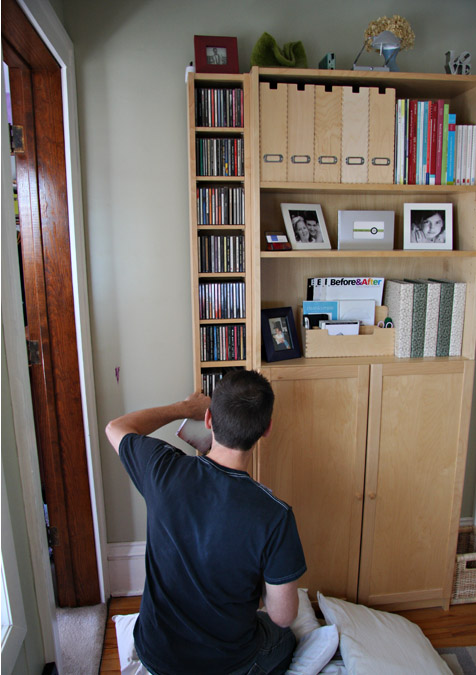 Area 2: the place where the actually CD player resides (i.e. the logical place) that holds Janet Jackson’s The Velvet Rope through the Stray Cats’ Runaway Boys: A Retrospective ’81 to ’92.

And last but not least, Area 3: The wrought iron CD tower that Dan says “doesn’t take up any valuable living space so why in God’s name would we need to get rid of it?”, and covers The Strokes’ Room on Fire through Neil Young’s Decade. 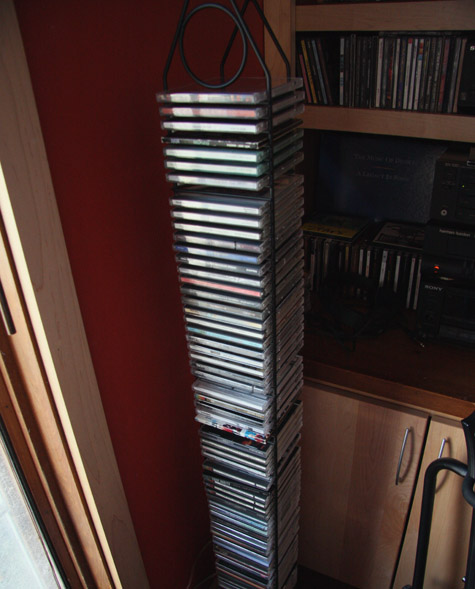 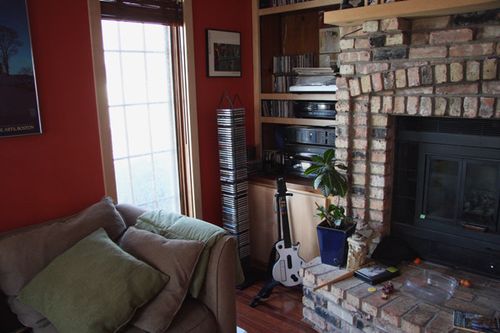 I made the mistake of asking him if we could find a way to do just that—get rid of the CD tower. I asked, “Couldn’t we clear out some of the photo albums on the other side of the fireplace and put those CDs up in the empty space?”

This was when Dan once again presented the Valuable Living Space Argument, which I’ll admit is a hard one to counter. But that’s what triggered the stuff that does live in my DNA, in other words, the real reason I’ve come to despise the tower:

“True, it doesn’t take up that much space. But it gets really dusty and looks like Hell.”

“How many times have you dusted it?”

“How many times have you been to Hell?”

Just remember though, when I do show up in Hell—because at this point, it’s not really a question of if, but when—and find I’ve been assigned to clean in a super heated room full of dust-caked CD towers for all of eternity, don’t be surprised to get a call from Jesus telling you to check your email for a rather pointed told you so message from me.