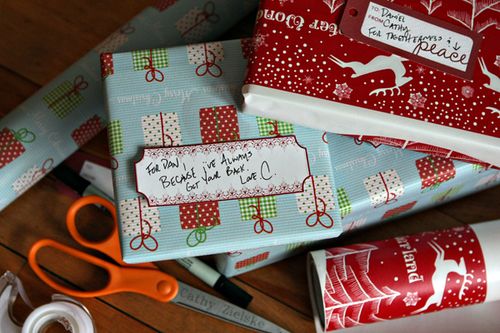 You see those scissors with my name on 'em? Yeah, I'm talking to you. Well here's the deal: just WALK away. Don't even THINK about it. I think it's quite clear who they belong to in that THEY HAVE MY NAME ON THEM.

(Just kidding, you can borrow them… provided I watch what you're using them for. Deal?)

So me and my beloved Fiskars scissors are going to be spending some time together today, doing some final wrapping of presents as Christmas draws near.

One of the potential highlights this year? An over-sized dose of white for Christmas. Forecasters are calling for up to a foot and a half of snow in parts of central and southern Minnesota for Christmas Eve and Christmas Day. I realize this puts a huge dent in a lot of travel plans, even potentially ours as we usually travel an hour south to spend Christmas Day with Dan's family, but you have to admit: there's something magical about snow falling on Christmas.

Having a hearty bowl of chili on Christmas Day, instead of the usual turkey dinner, isn't the worst thing that could happen.

Good luck with your final preparations before this holiday arrives. And to my fellow Minnesotans, may your snow shovels be oiled and at the ready. 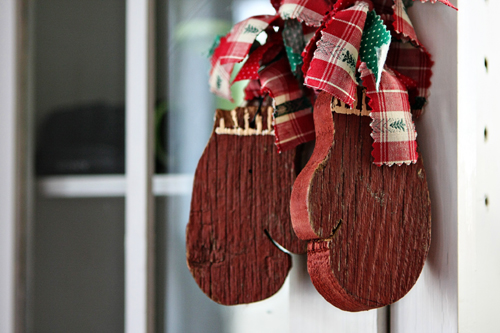