I'd like to tell you a story about two very distinct and separate things.

First, it's a story of how men get crafty.

Second, it's a story of how women get even craftier.

Digging in the closet the other day, Dan unearthed this framed gem from our office's pre-IKEA glory days: 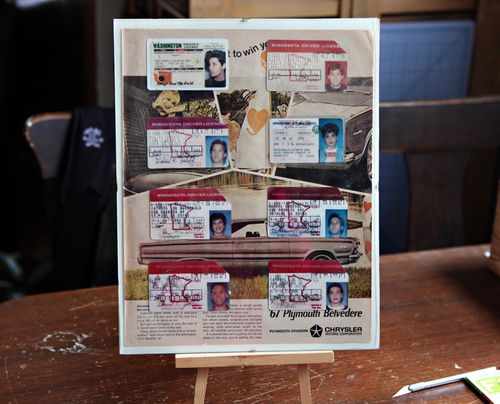 See, we are savers of certain things. One of those things happens to be every single driver license we've ever been issued.

Several years ago, Dan gathered them all up, tore out a Plymouth Belvedere ad from an old Life magazine, and created the master work you see here.

It quietly adorned the wall of our then-shared office for a number of years until IKEA came to town and Mama said, "Let there be light colored veneer!"

And now, I feel badly about it because you know what? It's pretty dang cool.

Let's take a closer look (and no worries for anyone who wants our address and numbers; the new Minnesota licenses sport a new design AND new numbers.)

We start with the oldies. My Washington state license, from high school: 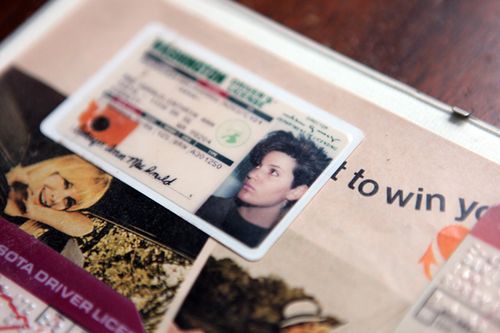 What you're not seeing is a rust-colored new wave tail jutting out from the base of my skull. I think even the DMV photographers knew: "One day, people will laugh at tails. Let's crop in a bit." 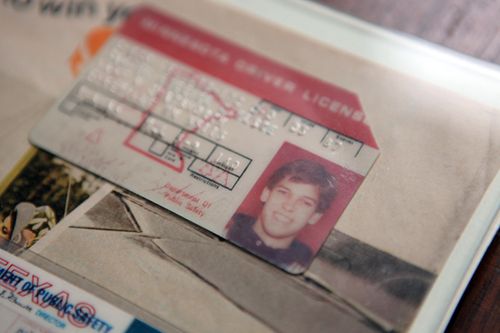 So young. So sporty. And so dang skinny! 140 pounds, ladies. Aw yeah. Never met a skinny boy I didn't like. Moving on. 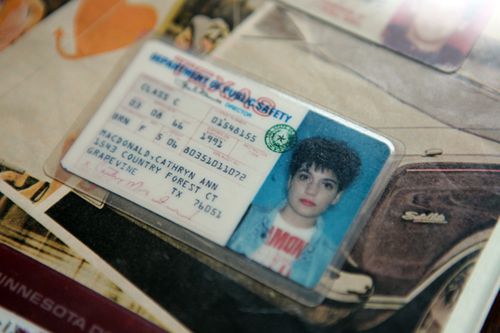 Enter my Texas era. By the lack of skin pigment, one could easily mistake this for an Antarctica license, but I assure you I was a legal resident of the greater DFW Metroplex. Wearing a Ramones t-shirt given to me by a horrible then-boyfriend, both my eyebrows and lips were clearly on overdrive. 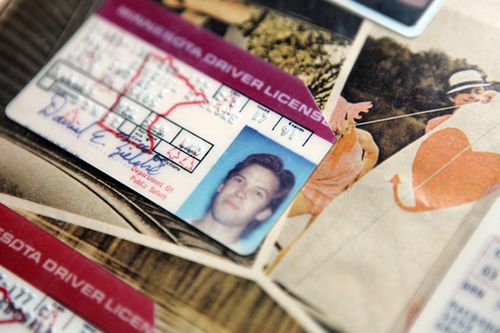 Moving right along. This was Dan before we met. The only noticeable change? Better hair and 20 more pounds. 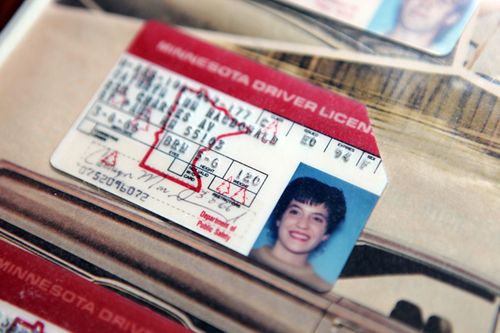 Ahhhh. There it is. My first Minnesota driver license. I look a tad cocky with my head slightly askew, as if to say, "I'm not afraid of your winters OR your long vowels!" 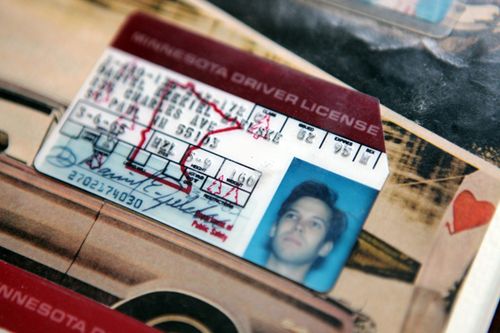 More Dan. A bit more serious and with taller bangs, and of course, the unmistakable air of being desperately in love with me. 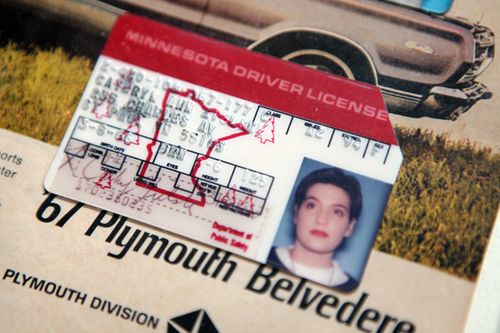 And more me. Wow, Cath.…why so glum? Dan refers to this look as my Mark Rypien era. I think I was still adjusting to having a last name no one would ever pronounce correctly on the first and often second attempts. 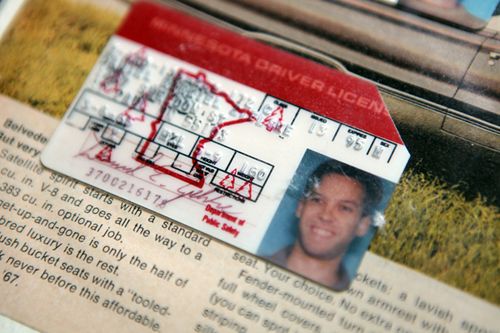 And last but not least, we return to a much more mature, happy and devastatingly handsome Dan.

And that is all I have to share, lest you should see my current license, which is actually coming up for renewal next month, just prior to my 44th birthday. (March 8, for anyone who needs a little extra time to plan something special for me.)

Just wanted to share how some men—men like Dan—get crafty. They save and preserve driver licenses from glory driving days since past for all to admire and enjoy.

The way women get even craftier? The weight on our licenses reads "125."