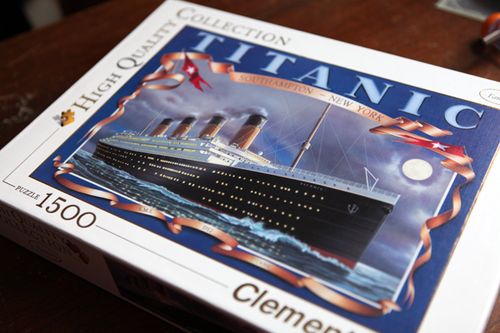 Dan returned home from a business trip with a box of fun for the whole family (or at least 3 of the 4 Zielskes.) Me? Let's just say you wouldn't exactly describe me as puzzle nuts.

First the Dump and Sort. 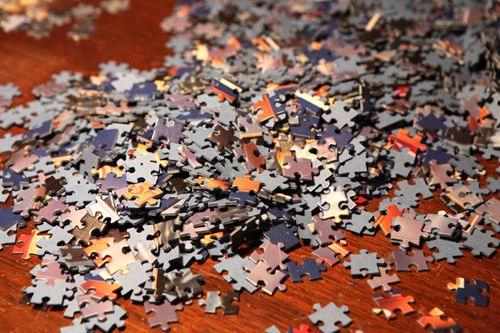 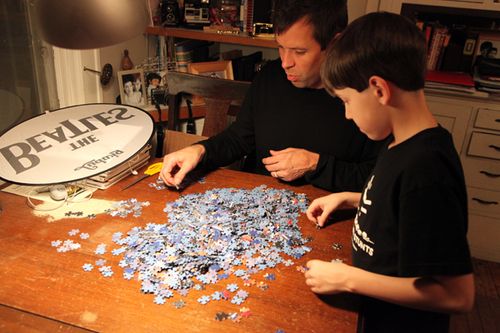 Then let the puzzling begin! Or not.

Dan is of the belief that you Sort First, Puzzle Later. And so the next day, Aidan was the benefactor of his careful late-night groupings and added her puzzling expertise to the ongoing process. 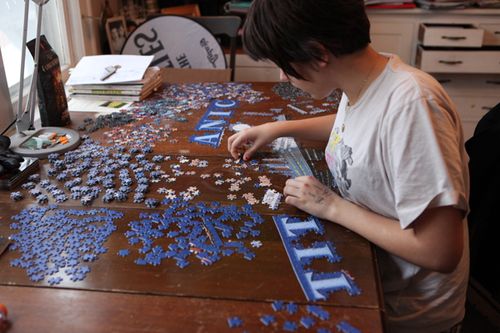 The way puzzling goes at our house is probably the way it goes at yours: people stop, drop and puzzle when the spirit strike them. 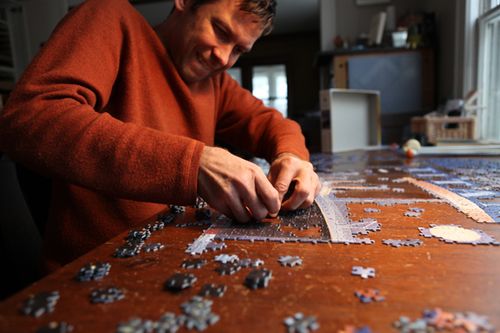 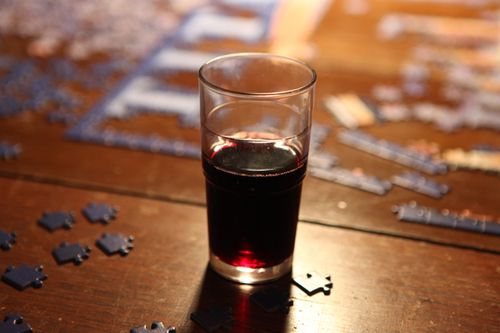 And so it went. Slowly and steadily, the ill-fated Titanic rose like a phoenix from the ashes…or like a sunken ship from 14,000 feet below the North Atlantic's icy surface. 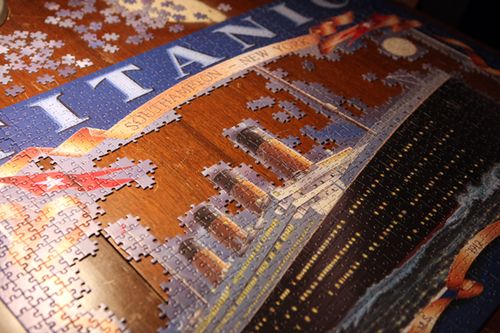 Of course many other things happened during puzzle assembly time. I mean, it's not like we just sit around doing puzzles all day over here. Geez! There was school, and work, and Aidan even performed in a play. 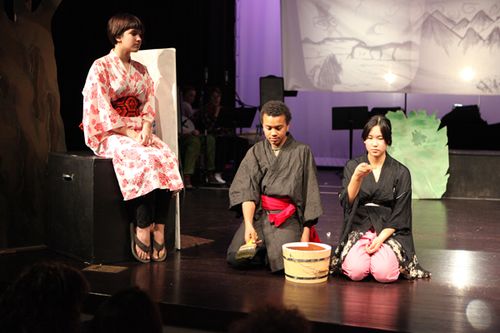 Dan and Cole managed to take in the St. Paul Saints Ice Ball game, braving about 14 degrees at an outdoor ball park. Dan even won the Frozen T-Shirt Contest. I'll let your imaginations run wild with that one. 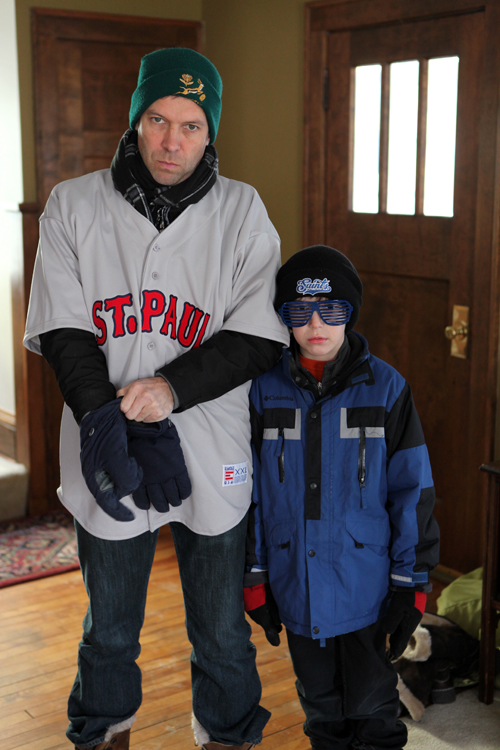 Chester even dropped by for a visit. 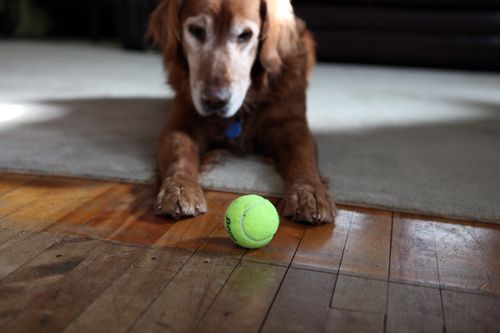 And me? Well I just focused on good clean livin'. 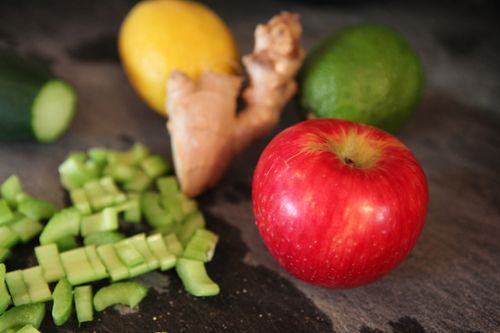 Still, the puzzle beckoned, and the three Zielskes heeded the call until finally, the homestretch was in plain sight and a 10-year-old boy was there to take the final honors. 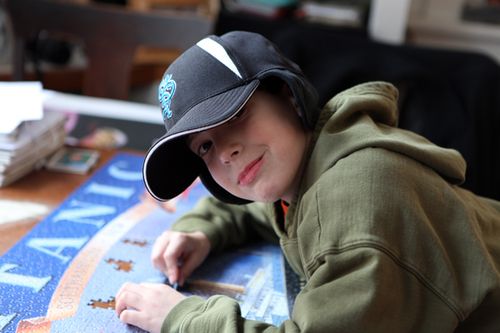 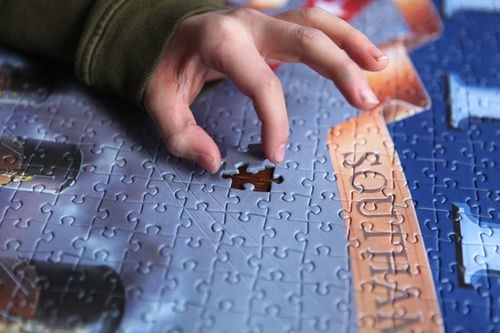 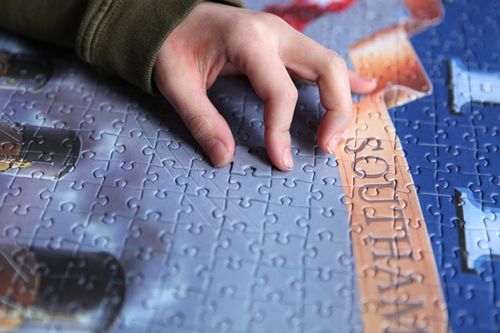 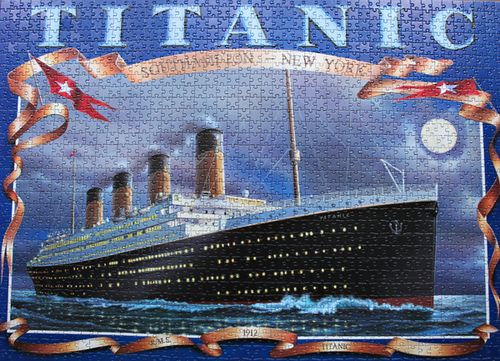 Now could someone be so kind as to clear this puzzle crap off of my scrap table? Oh, come on now! Don't be too sentimental, Zielskes. I took pictures for cryin' out loud.