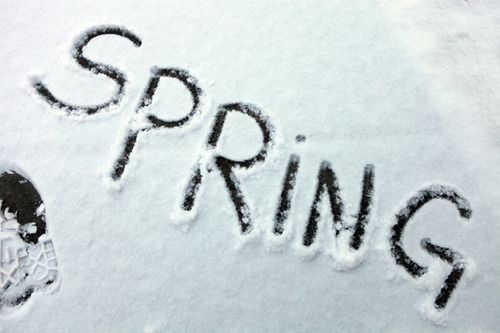 After spending the past two-and-a-half months periodically connected to the treadmill in my basement, yesterday I finally decided to make nice with Old Man Winter and run outside.

It's not easy when you walk out the front door to this: 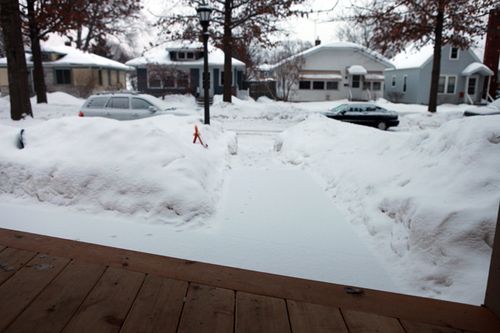 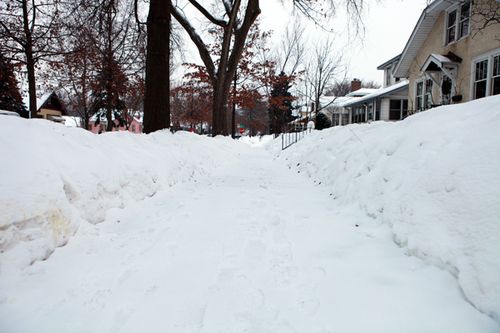 Don't get me wrong, it's pretty and all. But underneath all that pretty are patches of ice and potholes and other slick lovelies that are just waiting to put you on your tushka with all manner of sprained body parts resulting.

That, and it's cold. Really cold.

I've lived in Minnesota since 1990 and yesterday marked the first day in all these years that saw me embrace winter via exercising outside in it.

When I started the whole Move More Eat Less thing a year ago this month, my moving more involved walking and jogging on my nuts-and-bolts basement treadmill. During the first quarter of last year, I worked my way up to running nonstop for 30 minutes (and I upgraded my treadmill along the way). I was so thrilled with my cardiovascular efforts, the idea of running outside never even crossed my mind.

Why would I? I mean, there are bugs and nature sounds and very likely perverts hiding in the bushes. No thank you. I'll keep my climate controlled enviroment and water bottle holder at the ready.

But in April 2010, when I finally decided, just for kicks, to see what it would be like to run around the lake by my house, I honestly didn't think it would stick.

I didn't set foot on my treadmill again from May through November. I guess you could say I finally got that Moving More in a natural setting would have benefits far beyond keeping the chub factor in check.

But once it snowed and the temperature started dropping into the single digits, I wussed out. Completely. I ran outside in November at 25 degrees and thought, "Chilly, but do-able." Then the typical Minnesota winter ensued and I returned to the basement from whence I came.

People—or more specifically runners—call it the Dreadmill. Even though I understand it, the way I've looked at it is you make your workout what it is. No, it's not going to feed your soul like running through a grove of trees on a 60-degree spring day will, but if you've got the right tunes and the right attitude, the sweat will run.

That said, yesterday morning when I walked Cole to the bus stop, I thought, "Okay, today's the day. I'm doing the lake route." And I almost talked myself out of it. Almost.

I bundled up (tights and running pants, two layers on top, hat and gloves) and crossed my fingers that I didn't slip and break something.

45 minutes later, I was so incredibly glad that I did.

19 degrees felt better than I imagined it could, even if the chubby part of my tummy was as rosy as a lobster and completely numb to the touch. And I hardly slipped at all.

Next week, it's going to drop back into the single digits which means next week, I'll very likely drop right back into the basement for a bit longer.

But I guess it's nice to know that I have options.