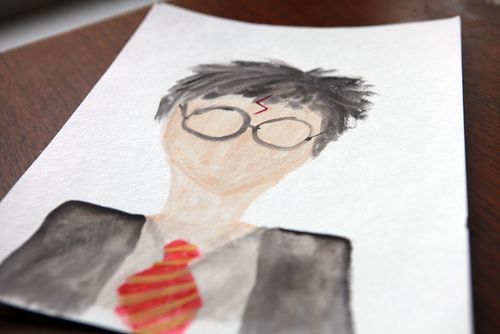 I may be a little late to the party, but I've recently discovered the magical joys and wonders of the Harry Potter book series.

I know, I know. Cathy, have you been near a book store in at any point since the late '90s?

Yes, I've seen a few of the earlier movies, of course, but I never really delved into the whole book phenomenon until a few weeks ago. 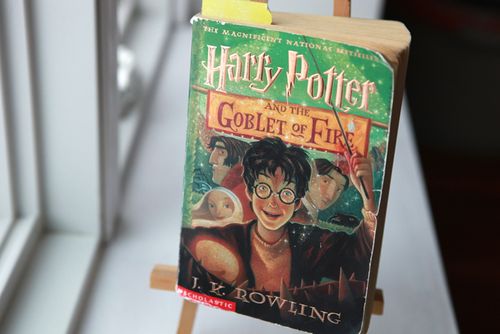 I also blame it on my kids. Aidan has been into Harry since she was knee-high to a grasshopper. I remember posting this photo back in 2007, when she read Harry Potter and the Deathly Hallows in one sitting, pausing only to eat and use the restroom. 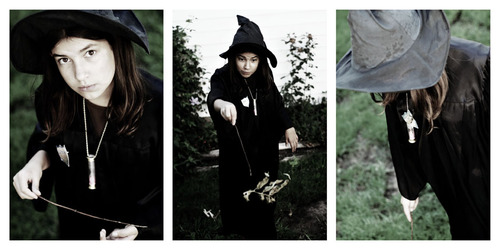 Aidan is now re-reading the Potter series for the third time. Just last weekend, she invited some of her girlfriends over for an art party, and they made these: 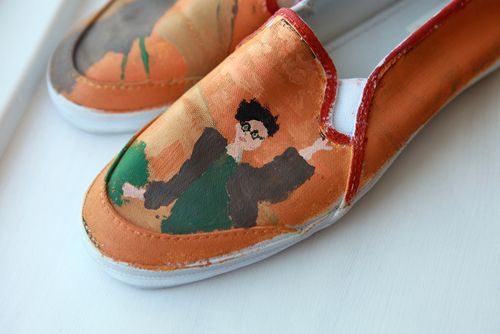 Cole is re-reading the series for the second time. Whenever I put Cole's socks away, I see Ron and Harry on his chest of drawers, conversing over a cup of what I assume is a nice chalice of iced pumpkin juice: 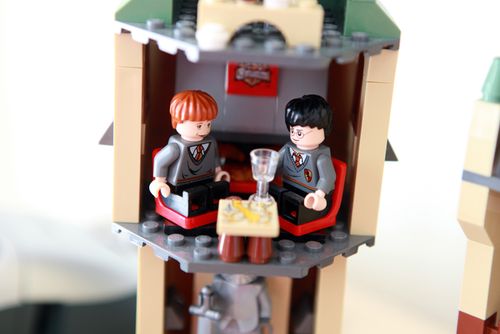 I think the other thing that got me curious to read the stories was seeing Oprah's interview with J.K. Rowling. Her story is truly remarkable and her passion for these characters runs so deep. I wanted to know what all the fuss was about. 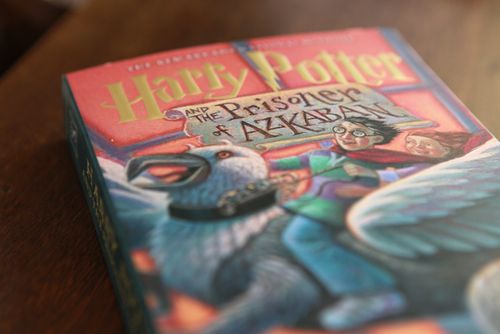 The only downside of this new thing I've got going on? The big chenille throw on my couch is constantly calling for me to blow off any work, make another cup of chai and curl up with Harry and his friends for 15 minutes. Or 30. Or an hour.

I just realized how much I love being a day late and a dollar short to certain trends. For me, there'll be no waiting for the next book to come out.