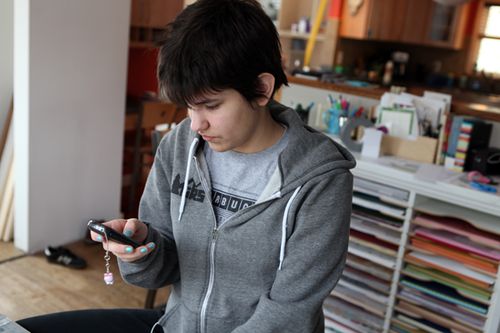 On Sunday, Aidan was explaining to me how Justin Bieber was hosting SNL the previous night and that he was in the skit with that preacher, who is actually a man, but is pretending to be a woman, and you know, it was really funny.

So I go to Hulu on Monday morning, and search SNL for Justin Bieber as host. Nothing.

Then I check the most recent episode only to find it was Dana Carvey. NOT the Bieber.

Then it clicks: Ohhhhh! The preacher woman played by a man was the iconic Church Lady. Doh.

Turns out Justin Bieber was only on the show for a few sketches, but in her telling of the events, he was the celebrated host.

And I'm not sure why but I suddenly felt like I came from a completely different planet known as the late 80s, and that all communications with 1-4 from here on out are going to be a crap shoot.

Then I came down with a severe case of Bieber Fever.