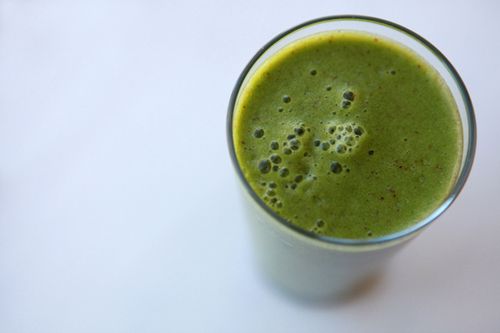 After posting last week's weight-related whine fest (which generated a great commiseration of misery and support in the comments, in addition to making me me feel so much better in my quest for better health and lesser girth) I set out last week to make some tweaks.

Many of you suggested shaking some things up, and last week, it was a dietary shake up that ensued.

The first thing was to bring back the infamous yet delicious Green Drink. 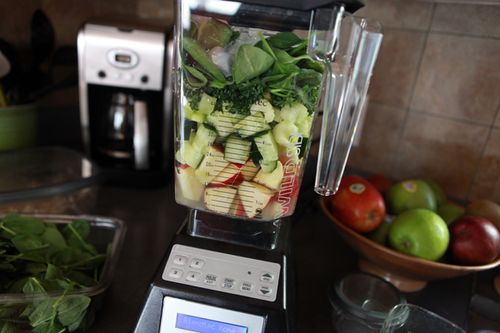 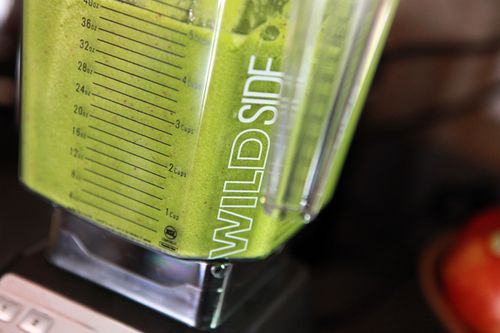 I think you actually get healthier just by looking at that photo.

The next tweak? Drop the hot cocoa habit. Pronto. 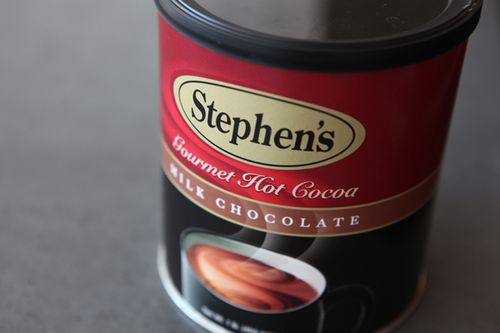 Remember back in December when I discovered this little hot piping nectar of the Gods? If you do, then I'd like to apologize in advance for being yet another pusher of sugared drinks with a laundry list of ingredients that I can't even pronounce.

Even though I was saving my Weight Watchers points every day for this treat, I realized that to achieve my long term goal of being less reliant on crap (no offense to the Stephen's company, for it truly is the Cocoa of Our Lord) I had to drop it like it was hot.

I'd like to point out something I am still drinking every day: Oregon Chai Lattes. Why keep that? Because it has 4 ingredients: sugar, milk, tea and spices. Nothing I can't pronounce, so for now, mama is keeping that one.

The other thing I'm doing? Exploring some different cooking options, and specifically, focusing more of my efforts of vegetarian dishes, especially those found in this book:

This is simply tweaking and exploring different options for me and my body.

I am currently reading "Veganist" by Kathy Freston, and I find it so interesting that she writes about how meat causes every health ill in the word, and yet you can find the same facts to support the notion that soy matches animal protein on every level of badness. Still, it's interesting stuff.

I also watched Food Inc. last week, a movie I'd put off for a long time for fear it would weaken my bubble of not wanting to know how my food gets from Point A to Point Me. I found it far less scary than I expected to, but nevertheless it made me think about where and how I'm getting my food and how can I support smaller, independent farms and growers who are raising their animals and crops in humane and organic ways.

Part of tweaking is exploring what and how I eat and being open to the possibilities around me. Just like tweaking the fitness program, or tweaking the attitude on a daily basis, I am here to learn ways to live my best life possible.

I've decided to see how a whole-foods based, vegetarian approach will work with my body, so I'm planning what I'm calling "Meatless March."

(Of course I do nothing without a corresponding logo/identity system in place.)

I've decided to use my birthday month as a testing ground for a month of meat-free cooking. I want to see how I feel and how my body responds to this approach.

Now you may be thinking, "What how will your family do with this quest?" My daughter, Aidan, has been a vegetarian for over two years. She's totally thrilled to have a veggie focus in the house, plus she's excited to try new dishes. Dan eats what is put before him and can always pick up a six-pack of sliders from White Castle when he's feeling anemic. Cole doesn't eat much more than peanut butter, Cinnamon Toast Crunch cereal and pepperoni, so for him it'll be business as usual.

I'll definitely keep you updated on the process as it unfolds in March, as well as share any recipes that are particularly delicious along the way.

To use a phrase from Kathy Freston, I'm just leaning into some tweaks. We'll see how it all shakes out.

P.S. And by all means, feel free to share your favorite veggie dishes.