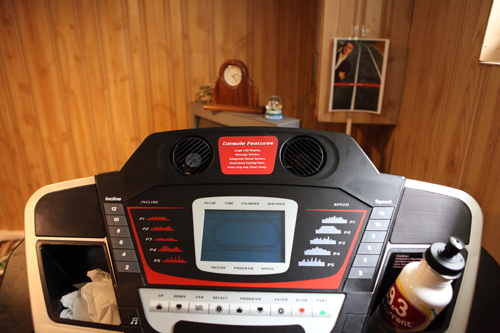 Roughly 4 days a week, for anywhere from 35 to 60 minutes, all winter long, this was my view.

Last November, I begrudgingly left the paved paths of outdoor running, returning to where it all began nearly a year-and-a-half ago.

Let me begin by saying this: I have no problem with using a treadmill. I know there are so many runners out there who absolutely cringe at the notion of using the dreadmill, and I totally honor your cringey-ness. But me and the treadmill maketh enemies not. In my book, sweat is sweat.

However, last year when I finally made the connection to outdoor running, I absolutely dreaded the idea of ever returning to my basement.

Oh sure, I had Neil there to cheer me on. 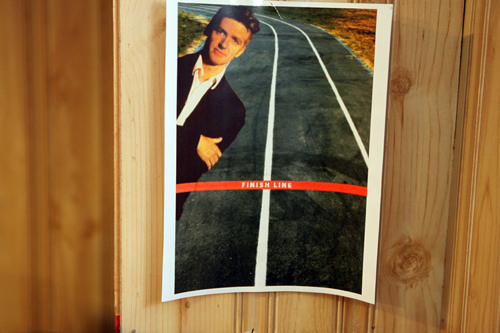 And I had my ever present reminder of where I'm from, which also served to help me to imagine what it might be like to head out for three miles in an Emerald City downpour. 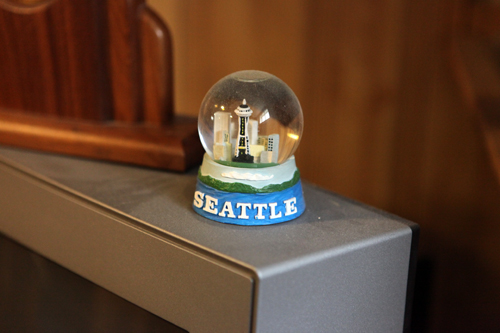 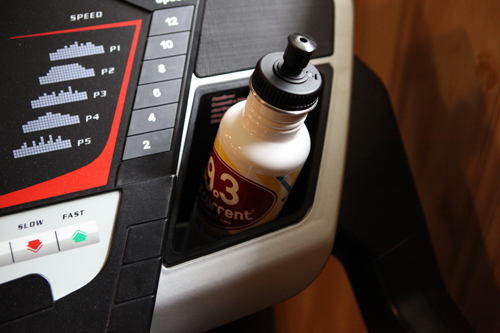 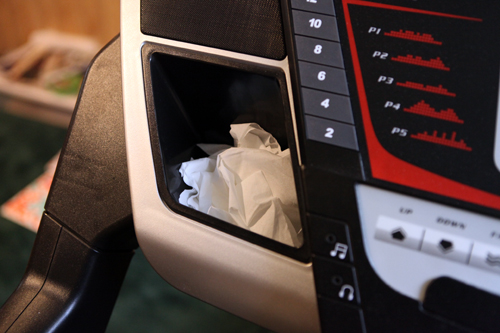 But I knew I would be missing that seemingly spiritual connection to being outside and becoming one and sweaty with nature.

But then a funny thing happened over the Winter. I got used to the treadmill again.

I also started missing something that had plagued me all summer and fall long: heel pain in the form of plantar fasciitis.

I didn't really make this connection until I took my first handful of outdoor runs last month, only to find me limping the next day like someone had beat my heel with a large club.

I realized that the pavement is a lot less kind to my body than the predictable tread of the 'mill.

Last year, as a new runner, I would have never made this connection. True, I may be due for some new kicks, but there is a reality staring me right between the eyes: running inside is easier on my body than running outside.

I'll be honest with you: I'm not sure how I feel about that.

I guess it's experiement time again. I guess it's time to make smart adjustments. I guess that to predict anything from season to season, especially your athletic abilities is an ever-shifting landscape.

I just wanted to share a story from the Move More side of my life today. It's much less whine-laden.