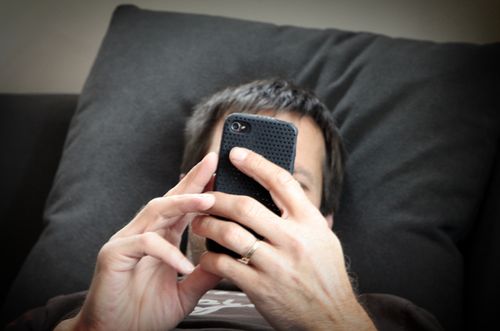 Let me start by saying this: it really wasn't his idea.

Dan Zielske, my partner in crime since 1989, has never been one to warm to the latest and greatest technologies. He was perfectly happy using rabbit ears on a television, and it took a lot of arm twisting back in the day to convince him why a young, unmarried couple like us would ever possibly find a use for a Nintendo system. He also has a vintage shirt and sweater collection that would rival that of any 90-year-old man, but that's a story for another day.

In keeping with his Luddite ways, he was a little late to the cell phone game. He has owned two cell phones in his entire life. One had an antenna you pulled out for better reception. The other one? This gem he's been using for roughly 8 years. 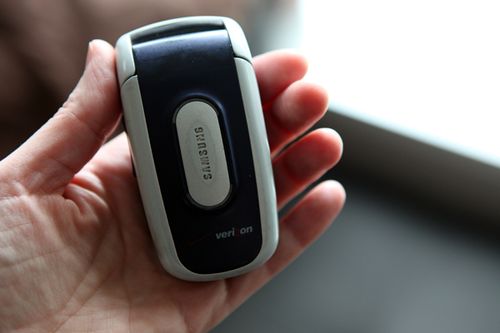 Enter his tech obsessed wifey, me.

I think everyone knows my love of all things technological, and specifically, my love of all things iPhone. I've documented my yearnings quite ably over the years on this blog. (You can read some of it here and here and even this one time when someone got all mad at me for whining about not having one here.) Heck, I even did a scrapbook page about placating my desires with the purchase of an iPod Touch, as seen here: 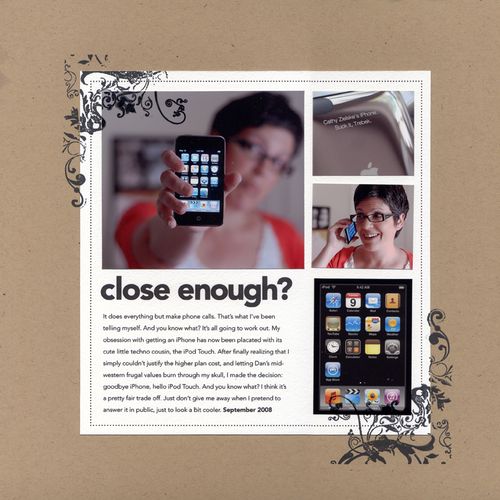 The irony, of course, is that I do not own an iPhone myself, mostly because it's a hard one to justify when my cell phone usages averages to roughly 22 minutes per month.

But with Father's Day looming and a $100 instant rebate being offered to replace Dan's aging phone, I decided to roll the dice on Dan's behalf and I ordered the iPhone 4. 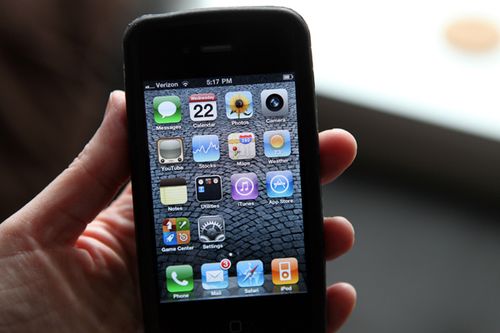 Other than when he first took it out of the box and just started yelling at it to try and activate the phone, he's taken quite a shine to it. Initially incredulous that he wasn't going to be on a 4G network (What? This is only 3G? Are you KIDDING me? That's just GREAT!), he has settled in nicely, even finding time during the day to play a few rounds of Words with Friends with yours truly.

He swears he won't get all into apps and for now, the only other app I made him buy was Scrabble. But I say, let him find his sea legs and then he might just realize how fun Plants vs. Zombies can truly be.

And even if he never goes app crazy, with a view like this, he'll never be able to doubt the value of an upgrade. 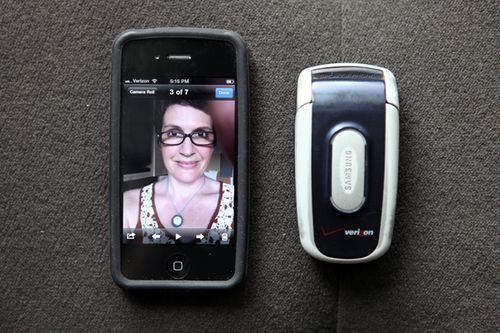