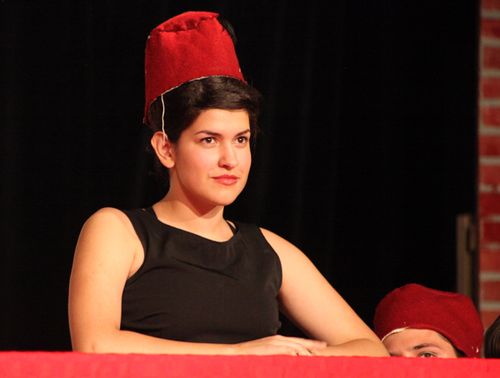 My lovely daughter was in a play over the weekend, her school's first ever musical production. The show? Bye Bye Birdie. Aidan's role? Rosie Alvarez, and oh man, did she play it. 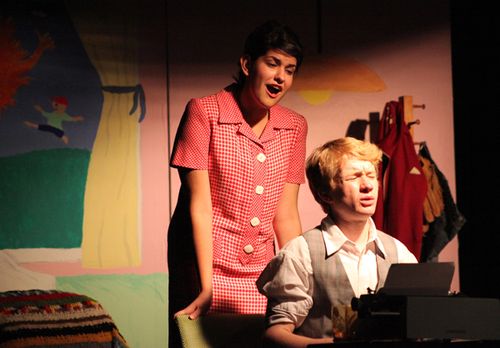 I love this show. It's cheeky and fun. Aidan played opposite one of her best friends in the role of Albert and it was really cool to see Aidan and so many of her friends up there on stage. 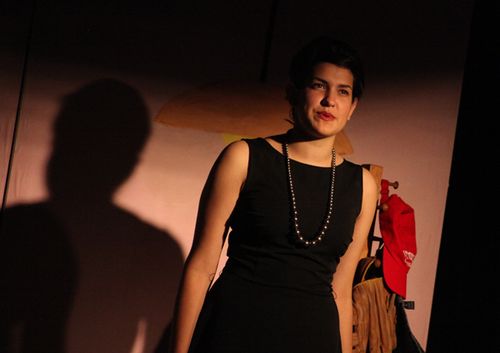 And if you're familiar with the show, for some reason, I'd forgotten about the Shriner's scene, where Rosie, fed up with Albert, decides to go out and drink and find some men.

And oh my LORD… I was not prepared for a) seeing my daughter attempting to seduce a table full of Shriner's Club members and b) how convincingly she played the part.

I had tears streaming down my face from laughing so hard. It was so well choreographed and there  were so many sight gags that worked beautifully. They made it look like she pulled each and everyone of them underneath a skirted table they were all sitting at, each one of them with a panicked look as they went under. 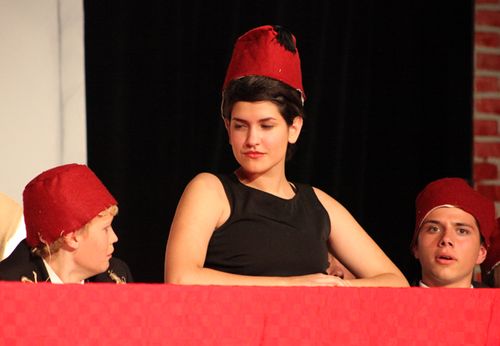 And the dance number concluded with Aidan leaping off of the table into the arms of all of the Shriner's. 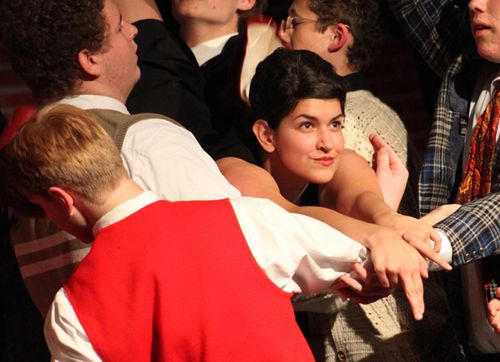 I just wanted to share a few photos with you from the show, and now if you'll excuse me, I am adding an extra deadbolt to her bedroom door and reading up on how to Home College Your Child.