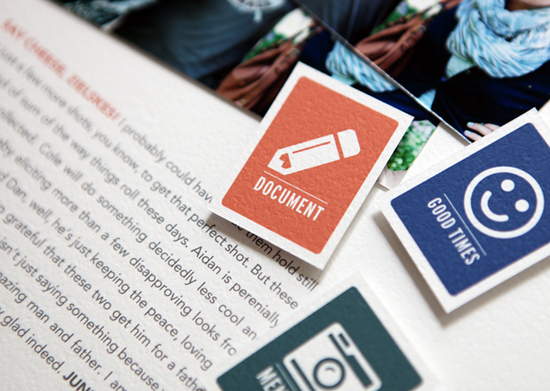 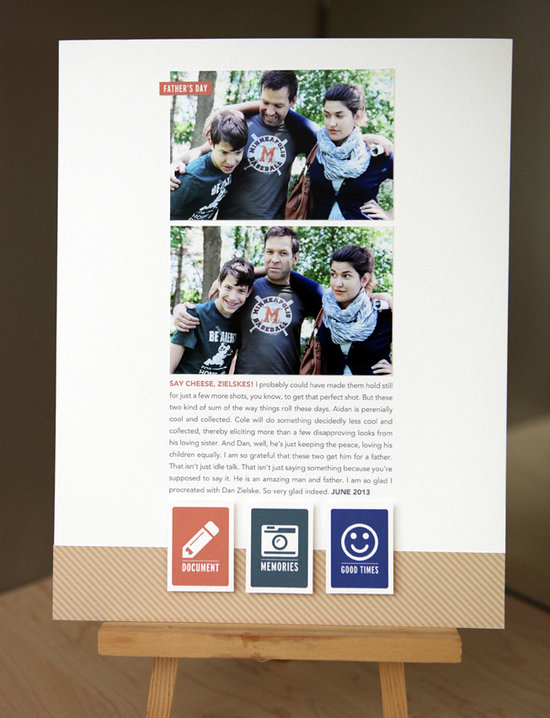 JOURNALING READS: SAY CHEESE, ZIELSKES! I probably could have made them hold still for just a few more shots, you know, to get that perfect shot. But these two kind of sum of the way things roll these days. Aidan is perenially cool and collected. Cole will do something decidedly less cool and collected, thereby eliciting more than a few disapproving looks from his loving sister. And Dan, well, he’s just keeping the peace, loving his children equally. I am so grateful that these two get him for a father. That isn’t just idle talk. That isn’t just saying something because you’re supposed to say it. He is an amazing man and father. I am so glad I procreated with Dan Zielske. So very glad indeed. JUNE 2013

The page began with me wanting to do something with my new J-Card Icons series of stamps & brushes. Yes, these would work in any Project Life album (I used one last week in mine), but I wanted to play with them as simple embellishments.

First, I found some photos I wanted to scrapbook. Then I grabbed three icon cards and brought them into a Photoshop document, selected them all together and sized them down. I built the rest of the layout around the three cards. I chose the colors by just using the Eye Dropper tool and sampling colors from the photos. The digital file looked like this: 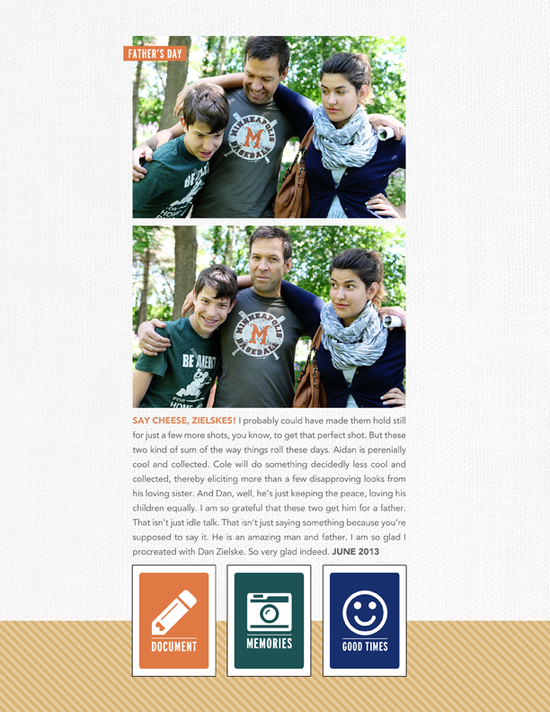 Once the design is complete, I start turning off layers to print the photos and elements. I printed the photos first onto photo paper. Next, I printed the printable elements onto cardstock. My file looked like this: 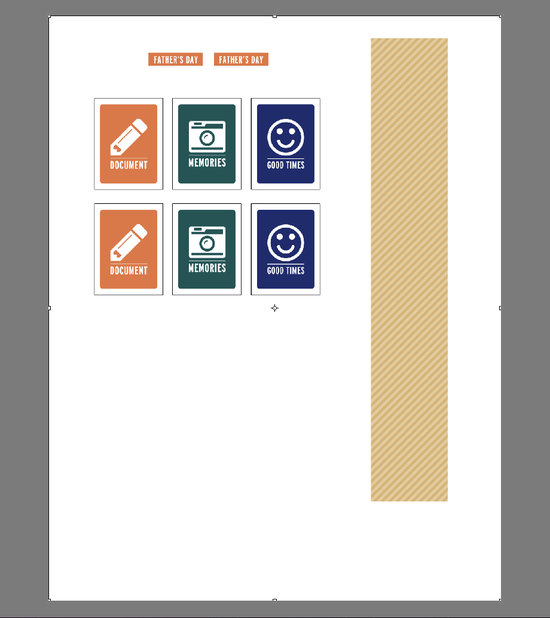 I usually make a few copies of anything I'm trimming, just in case I screw up with either the paper trimmer or the X-acto blade.

Then everything is ready to assemble.

My finishing touch was to mount my little icon cards onto some pop dots. Just the right amount of depth for my taste. 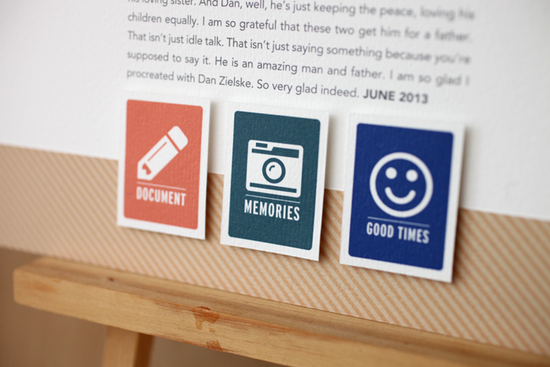 The end result is a page I really love. Maybe it's all the digital I've been doing lately, but I feel very inspired to make hybrid pages right now.

Keep in mind: all those digital card files that you might have in your stashes? They can be put to work as embellishments on any digital, traditional or hybrid page you can dream up. Just size them down and print them out, and play.