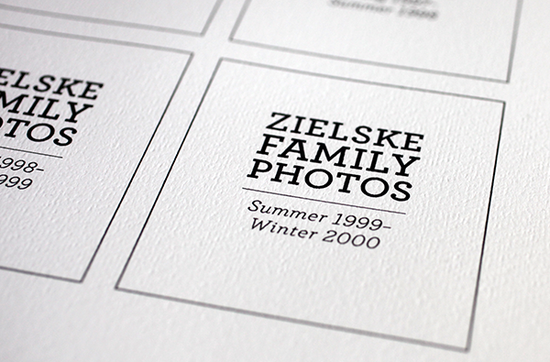 Back in 2005, when I was writing Clean & Simple Scrapbooking: The Sequel, I was knee-deep in the scrapbooking philosophy—the same one that pretty much guides how I approach the hobby to this day—of scrap what you want to remember and never scrap out of obligation.

Sometimes this translated to as many as ten layouts a month; sometimes just a few; and sometimes none at all. Over the years, aside from pages created for assignments or classes, I haven’t done a lot of scrapbooking just for the fun of it. Part of why Project Life has resonated so much with me is that it really has brought back the joy of simple documentation. It lets me play with my photos and memories every single week in a very do-able way.

Now let me jump to a different thought: photo albums. In C&S: The Sequel, as part of my scrapbook liberation theology, I touted the value of the simple photo album as another way to do something with your photos. During that time, I had invested in a bevy of gorgeous albums from Kolo in an effort to streamline my chronological photo album system. I gathered up all of my rag-tag, mismatched albums and transferred many of my photos into these sleek, black, cloth-covered albums. 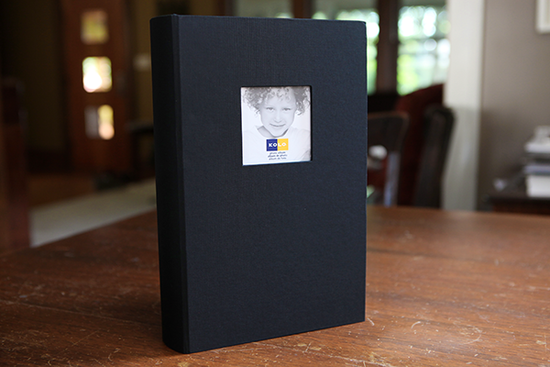 My goal was to have a chronological photographic record of my life. Simple enough, right?

But for some reason—maybe it was boredom or the fact that those albums aren’t exactly cheap—I stopped the transfer process right at year 2004. And then in 2006, I stopped making photo albums altogether.

But as you can guess, I didn’t exactly stop taking photos.

So this summer, I got the itch again—the itch to continue the Great Photo Album Project. To continue transferring photos into thos beautiful Kolo albums, which thankfully, they still make. (Although some of the blacks are slightly different.)

But here’s where it gets weird: I didn’t realize that I never bothered to transfer photos from my super old albums, the ones ranging from 1995 to 2001. I have no idea why I decided to start the Kolo transfer beginning with the year 2002, but that’s what I did.

One thing I’ve been doing as I’ve been moving photos is culling. Yep, I’m getting rid of photos that quite honestly didn’t need to be in a photo album in the first place. And just what types of photos? Ones that are repetitive. I realized that I don’t need 13 photos that are all close ups of Aidan. Just as I’m also doing with my digital library, it’s time to pare it down a bit.

(And by ‘getting rid of’ I simply mean putting them into boxes. I haven’t completely lost my mind, people.) 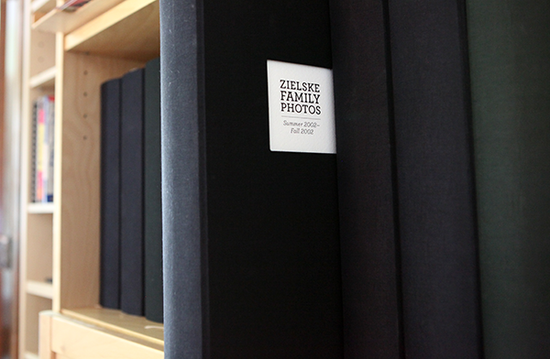 But here’s where it gets ambitious: I need to start making new albums.

The last photos I had printed for photo album homes was in 2006. That leaves 2007 to present day not currently in any photo album of any kind.

I have layouts sprinkled across those years, but there really is a value to me in having a chronological photographic record. So I’ve made a slightly ambitious but sensible plan.

I will choose 100 photos from each year since 2007 to have printed. These Kolo albums hold 300 photos, so that’s three years per album which I think is just about right. I just need to create some new folders in iPhoto and start compiling.

It’ll come out to less than 10 photos for each month and will require some concise editing, but I think it’s going to be really cool to have photos in albums for all these years I’ve overlooked.

I’ll use Persnickety Prints for printing the photos since I’ve been so happy with my digital Project Life pages.

And really, it’s not a bad use of time for a girl who quite literally can do nothing more than sit and shuffle back and forth from the office to the bathroom to the living room and back. (More on that later this week.)

I really feel like the credo from Artifact Uprising has inspired me to do this project as well, to preserve the disappearing beauty of the tangible. I want to touch and see my photos in a medium that isn’t pixelated.

To enhance my albums, I created a simple label (roughly 3 x 3.5 inches) to drop into each of the album windows. I just wanted something clean and classic.

If you’d like to use my label template, I’ve created a layered PSD file for you to download. I used the free font Arvo, a slab serif with some similarities to my favorite Archer font, for the template. Simply customize as needed, then print onto cardstock and trim just inside the lines. My Clean & Simple students will be very familiar with create a precision title that doesn’t rely on the Force Justify Alignment. This label is designed to work with the Kolo album windows, but could be modified to fit any album. 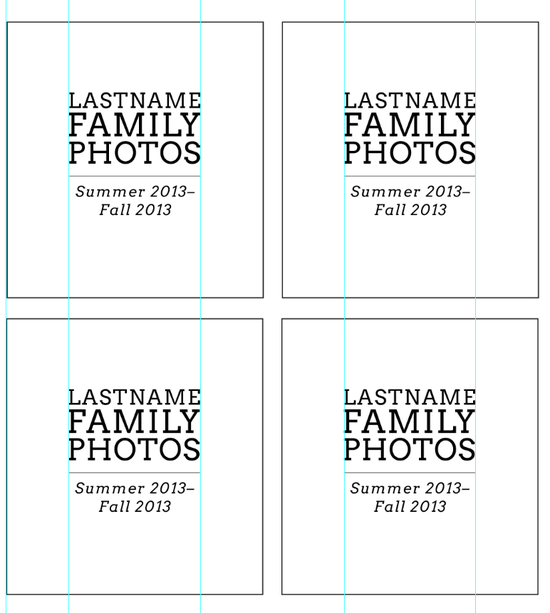 Note: The “LASTNAME” placeholder is a separate text layer. You can type in your last name, and adjust the size and placement as needed. The goal is to get your name flush with the “FAMILY PHOTOS” text, lining it up on the guides you’ll see in the template. This layered PSD file is for Photoshop or Photoshop Elements only.

I’m curious about you: do you keep chronological photo albums? Yes? No? Reasons? Or do you have other ways of keeping your photos on track?