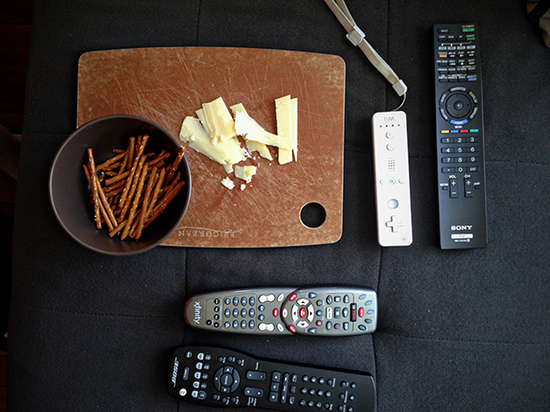 Yesterday, my doctor pulled two rather lengthy, shiny pins out of my big toe. Much to my surprise, it didn't really hurt, contrary to a handful of internet horror stories.

My next task is clear: start walking and wearing a shoe. We start today, with one hour, and progress from there.

I've had an awful lot of downtime during the past four weeks. I've had moments of self-pity, but more moments of, "So, this is what we're doing? Okay, I'm good."

I've become very familiar with all four remote controls, including the Wiimote (that handles the Netflix, you see.) But right now, I'm just about done with TV. Just about.

The best part about the pin removal is less banadages overall. As of today, I am allowed to get my foot wet and simply apply Band-Aids to cover the pin holes. And that's it.

Of course, I am still using my sexy boot shoe to shuffle about. They say the shuffling will slowly turn into, well, less shuffling.

I even started imagining a return to running. While it's hard to fathom it right now, I've already downloaded a Couch to 5K app for when it's time to get back to it.

I'm not planning to return to running as my main thing. But, I want to have it in my wheelhouse, so to speak.

Because another thing that happens during a month where you are recovering from foot surgery, if you're me, is some pretty lousy eating. The chub is upon me, as they say.