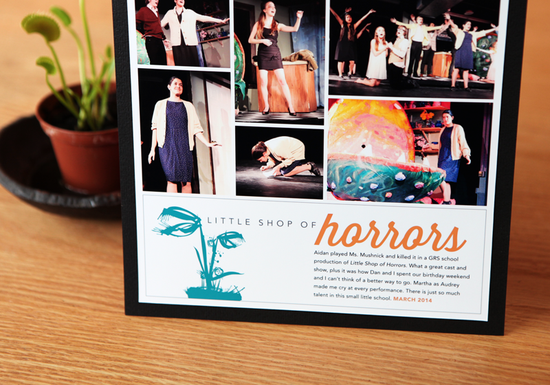 Dan and I spent one of the best three-day birthday stretches of our lives—his is the 6th; mine, the 8th; we also celebrate the ‘tween day—by going to see our blazingly talented daughter perform in her school production of Little Shop of Horrors.

Aidan was cast in a slightly gender-bent role of Ms. Mushnick, and I’m so glad she was because I’m just gonna say it: she killed in the role.

Needless to say, I had some great shots from the show and wanted to add a page to her album. At first, I was going to print all the photos out separately, create a title using the word ‘horrors’ on my Silhouette Cameo and assemble it all in the traditional way.

Then I was all, “That’s too much work. How about this?” 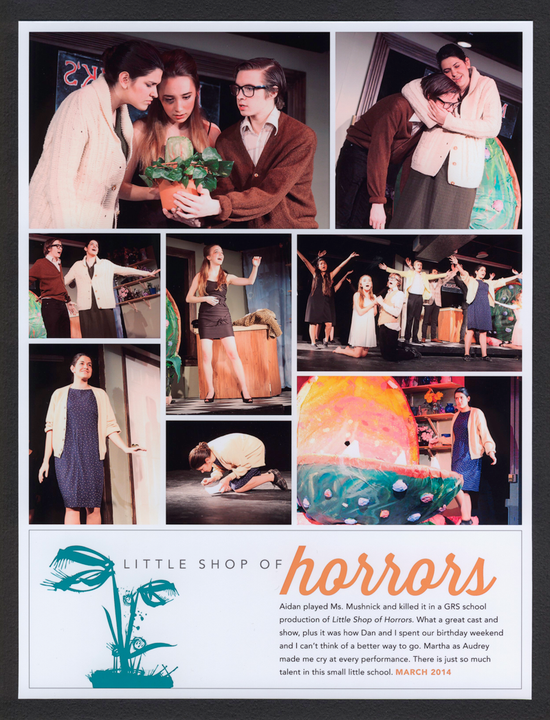 I created a template, added the photos, found a cute, free Venus Fly Trap graphic and then just printed the whole thing out onto one sheet of photo paper.

I trimmed it and mounted it onto black cardstock.

So much easier than what I’d initially planned.

It tells the story as well as if I’d gotten all crazy crafty with it. Heck, maybe it tells it better.

This layout feeds that particular hunger.

What are you craving with your story telling these days?

PHOTO TIP: Do you ever take photos inside a lighted theater—or other artificially lit environment—and wish they weren’t so warm and yellow? I love Totally Rad Actions Rab Lab because it has a Cool as a Cucumber action that drops all that extra yellow out of the shot. I used it on every shot for this page. Here is a sample of the before and after: 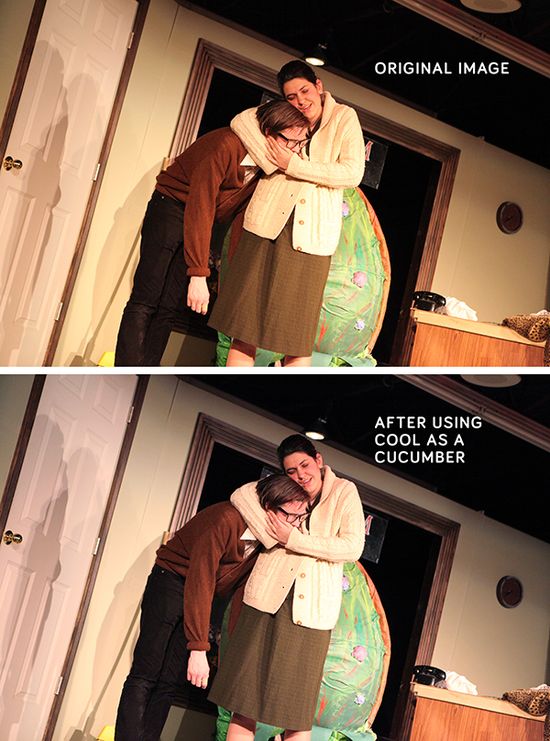