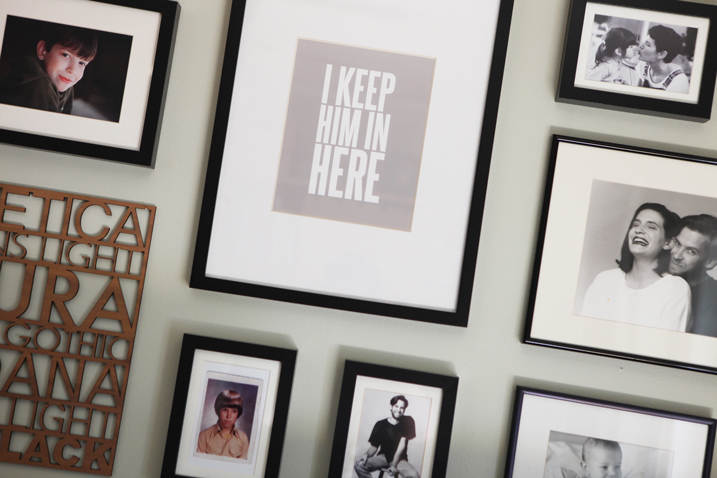 I never know from month to month how much money I’m going to make and whether or not the ends are going to end up meeting. It’s more or less been this way since 1999.

In the summer of 1999, Coleman Asher Zielske arrived on the scene. At that time I was working as a graphic designer for the Science Museum of Minnesota. It was by far the coolest job I’d ever had. I worked with two other designers who were so much better than I was and rather than be intimidated by them, I soaked up everything they had to teach me. I had left my previous corporate design job, a position I held for seven years, and took a sizable pay cut for the chance to do something new. Something cool. And to learn.

But after Cole showed up, the idea of working just to keep two kids in day care and having some groceries, too, just didn’t seem like the smartest choice.

Save for a period from about 2007 to 2009 when I earned a bonafide weekly paycheck from Simple Scrapbooks magazine, my income has always been based on whatever work I could cobble together. Freelance jobs, online classes, digital products. These are the things that have kept my family afloat over these many years.

It’s funny because for a person who used to thrive on control, working in this manner doesn’t seem like it would be a good fit for me at all. But surprisingly, it has been.

From time to time, people ask me how I do it. How do I make a living this way? I don’t really think about how it happens on a daily basis, mostly because I’m just busy doing what I do and seeing what shakes out.

While I do believe timing and luck play a part, I also believe that knowing your shit in your particular area doesn’t exactly hurt. Here are some of the ways that help me make a living doing what I do, even if it doesn’t automatically translate to the big bucks.

1. I work a lot. As in pretty much every day of the week. I feel like this is something a lot of self-employed people have in common and it’s something that I’ve never really minded. But just because I work a lot, it doesn’t mean I don’t have a life as well. It just means that there are times when I’m here at this computer for a lot of hours in any given week. How many? That can vary. On average I work about 35–40 hours a week, but it’s spread out over seven days so it doesn’t seem overwhelming. The key is to make this time productive time. In other words, if I’m just watching cat videos, it doesn’t count. On the other hand, if 65 to 70 hours are required certain weeks, then so be it. My favorite hours to work? 6 a.m. to 10 a.m. Maybe it’s the coffee, but that time is always productive time.

2. I practice writing. I love to write and I hope that it shows. I’m not the greatest writer out there but I care about the words I put into this space. This blog is a key part of my business. I spend a lot of time writing blog posts and rewriting them. I cut shit out that is superfluous as often as I can. I try to communicate clearly. As much as I love the process, it still takes focus and thought.

3. I know how to meet deadlines. Both for assigned work (freelance jobs, class development) as well as my own personal deadlines (blog posts, digital products, et al). This doesn’t mean I don’t procrastinate. It just means I know how far I can push that procrastination before it’s time to come to Jesus and get ‘er done.

4. I try new things. Whether it’s a new blog feature that I think will be fun (the Present Participle List, Make a Page Monday) or taking a class to learn how to use Illustrator better, I look for ways to keep myself engaged in the process of my business, as well as ways to increase my skills and efficiencies. Even if the new things don’t pan out or they simply crash and burn, I still keep trying to find new ways to stay inspired with what I am doing and how I am doing it.

5. I don’t freak out when something doesn’t go the way I’d planned. This is a huge change for me in my work and in my life. Here’s an example: sometimes you’ll work really hard on something that you think is going to be a home run only to see it tank or do much less well than anticipated (a class or a new product, for example). Rather than get dejected, I try to understand where it missed the mark, make adjustments and keep plugging away. I think self-employed people have to accept the failures with the successes, because you really don’t have a guarantee of everything being awesome all the time. Plus, our failures teach us a lot. I know mine do.

I hope to share more bits about my work and blogging and life as a self-employed woman. If there’s anything you’re interested in knowing, don’t hesitate to leave a comment or shoot me an email.