STORY OF THE PAGE: Aidan and Cole wrapped up their summer sports season with a national Ultimate tournament held in Blaine, Minn., two weekends ago. For those of you who don’t know Ultimate, it’s played with discs (also known as Frisbees). It’s like soccer and Frisbee all wrapped up into one. And it’s seriously such an awesome sport. We had a gorgeous weekend to watch two full days of play and me and my zoom lens were there to capture a few of the moments. I wanted to do something I haven’t done in ages: design a two-page spread. Secondly, I wanted to fill it with my favorite shots from the weekend. #nailedit 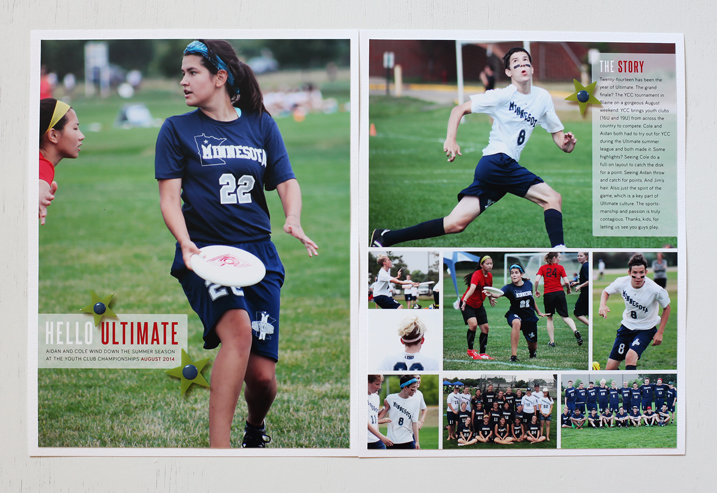 DESIGN BREAKDOWN: This layout features a predominately asymmetrical design. One big image on the left is balanced out with several smaller images on the right. However, if you take the visual content in as a whole, each side of the spread is in essence filled equally. This creates a very stable feel to the internally asymmetrical design. I’ve included white space both on the outer margins as well as on the right page within the collage areas. That narrow white margin between all photos serves to link visually to the framing white space on the outside. Plus, it links to the white in the title and the subtitle on the right page.

This brings us to the repetition. We have title styles repeated and journaling block styles repeated. Notice the slight see-through effect on both of them? That creates a visual link between the two pages. Finally, I added three little stars and enamel dots. Just to have a little something scrapbook-y on the spread. I mounted each on a pop dot for a little more visual interest. I kept the fonts simple and the journaling fills the journal block exactly. 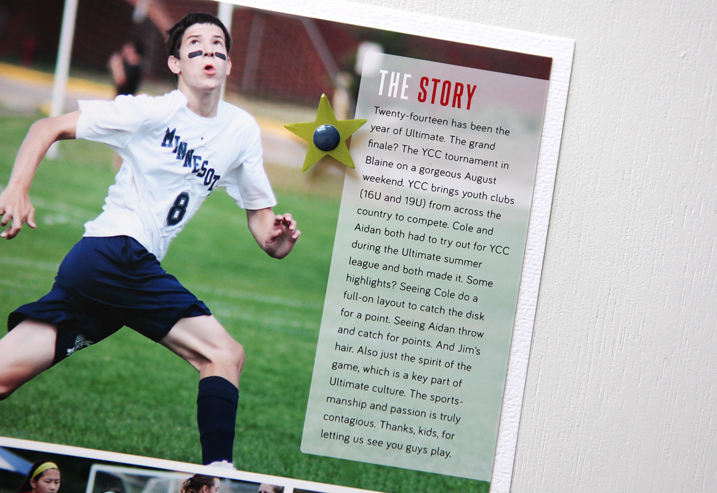 TECHNICAL SHIT: I used a digital template as my base, dropped in all the photos and journaling and then sent them to print on my printer. I trimmed around the edges of each page and simply mounted them onto white card stock. This is about as digital-to-hybrid as you can get.

SENTIMENTAL SHIT: This is Aidan’s final sports event before she leaves for college. At Ultimate, all teams do a hand-shake line at the end. It’s part of what is called The Spirit of the Game. Even at the highest competitive level, teams still show tremendous sportsmanship. I couldn’t help but feel like this just happened yesterday. 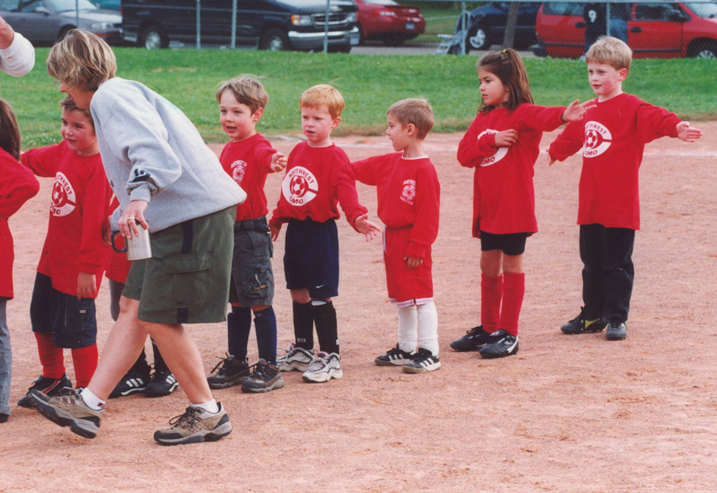 Time is a bullet train, people.

NOTE: Make a Page Monday will often feature one of my CZ Design templates as a base. To learn more about using a digital template to create a hybrid page, watch this video.