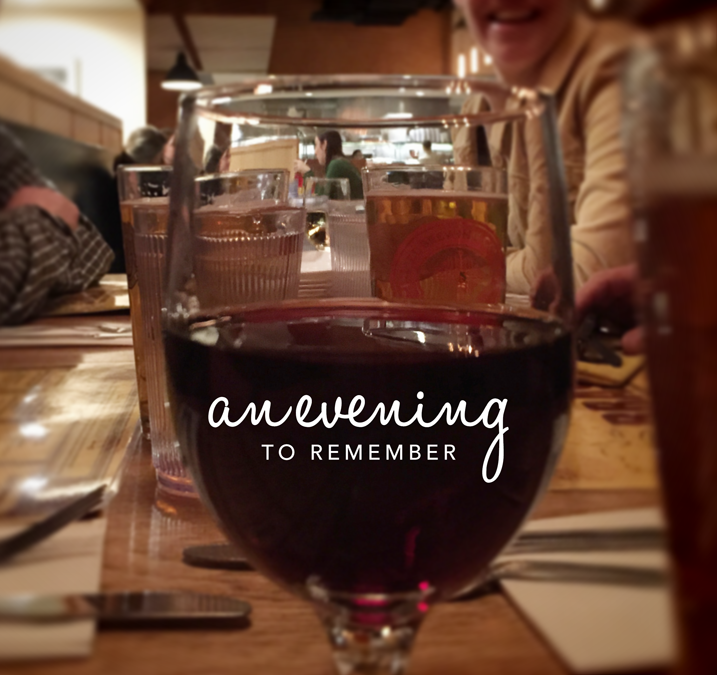 The other day I posted about stories that were not mine to tell. Well saddle up, friends, because this one? It’s green lighted and ready to go.

The last time I drank so much that I threw up I was 18 years old.

It was during the early months of my freshman year at the University of Washington. Our dorm floor was having a party one night so I headed into the U District, to the one convenience store that would’ve sold alcohol to middle schoolers in heavy make up. Armed with my fake Alaska state ID, I plunked down a 6-pack of Olde English 800 and Pri Avetti—yes, that was the actual fake name I chose for my ID card—was good to go.

I got ready for the dorm party while listening to Frankie Goes to Hollywood and knocking back one cheap malt liquor after another in between each artfully applied layer of black liquid eye liner. Unfortunately, I passed out before the party even started. If memory serves, the time of the black out was roughly 7:30 p.m. I’m pretty sure my eye liner was, however, to perfection.

I woke up in the middle of the night and crawled across the hallway to the bathroom where I relieved my body of that six pack in a decidedly unceremonious fashion. As I was sitting on the floor catching my breath I noticed that someone had drawn black bats all over my legs and arms with a Sharpie. Yep. I was sitting on the girls’ bathroom floor in my underwear, leaning over the porcelain throne and I was covered with indelible ink.

This is not a funny story, especially not in today’s culture of what happens on college campuses when girls drink to the point of not knowing what is happening. This was a stupid thing done by a college kid who was simply following the herd and trying desperately to fit in and be cool. If anything, it’s a cautionary tale and one I’ve shared a few times with both my kids. Why? To impress upon them how getting hammered can cause problems. I was lucky to emerge with only a hangover and hand-drawn bats.

I swear it was that incident that turned me into a very modest drinker. I’ve never been really good at it and to this day, I stick to wine and avoid all other manner of alcohol because most of it tastes like wound cleaner.

I like to say “Fool me once, shame on you. Fool me twice, and I’m a f#@%ing idiot,” which brings me to the story at hand.

Now over the years I’ve tied one on more than a few times. Mostly, I have a few glasses of cheap red wine until I feel all warm, lovey and buzzed and then I’m ready for bed. But all that changed last Saturday night as we met up with some of our good friends for what should have been a relaxing and fun dinner out. We decided to use Uber to get us to and from our location, because we’re all responsible adults who don’t drink and drive.

I think that was my first problem.

Have you heard the term pre-game? I’m not trying to sound like an old codger here, but apparently it’s when you drink before you hit the big night out. In college, we called it “saving money.” As an adult, I call it “an introvert loosening up for a night out.” As Dan and I were waiting for our group and our Uber car to arrive, let’s just say we had a bit to drink for the pre-game.

Problem No. 2: I didn’t eat much during the preceding hours.

Problem No. 3: We had to wait a half an hour for our table at my favorite St. Paul restaurant, so we went across the street to the Wild Onion for one more round while we waited.

Problem No. 4: I drank something called a Salted Caramel Roll. It did in fact taste like something salty with caramel, but in an oversized shot glass filled with wound cleaner.

Long story short, I got incredibly sick at the restaurant and threw up both in the bathroom and in the parking lot. It was at that time that the ladies in our group hailed another Uber car and ushered me home.

I stumbled up the steps to my house and greeted my bemused teenagers with something to the effect of: drinking is evil and I am an idiot, stay gold, pony boys!

And then I went to bed.

Maybe it’s because the next morning, I looked at photos on my iPhone and thought, “When did Dan take his shirt off at the restaurant?”

Maybe it’s because I’m supposed to write about what I know.

How’s this: I shouldn’t be puking my guts out at the ripe old age of nearly 49.

Let’s keep it classy in our middle age, right ladies?