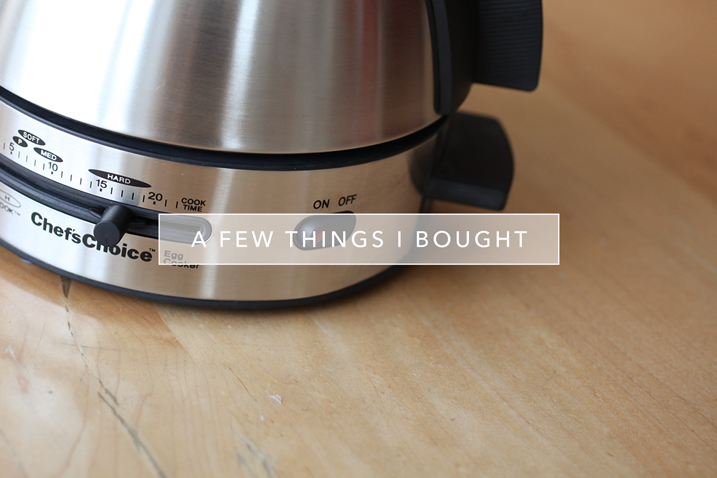 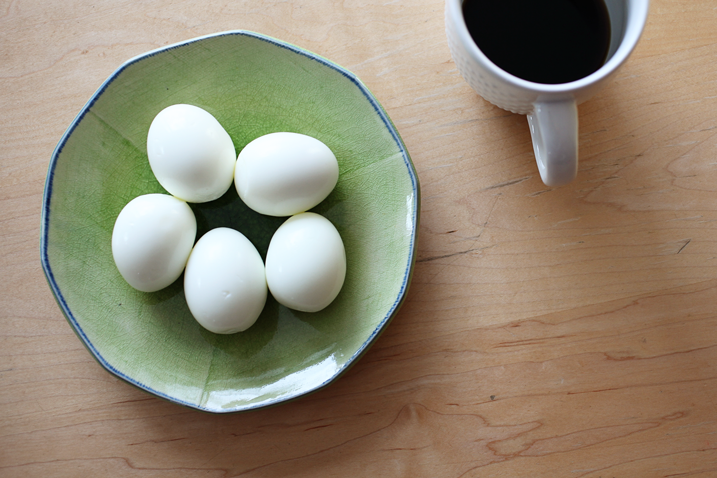 Let me be the first to point out that I am no harbinger of awesome internet (or real world) finds. I am no curator of cool. Occasionally I stumble across something, but usually, I’m how do you say… clueless on the latest and greatest. In fact, I was just talking to Dan about this the other day and he suggested I do what they do on one of his regular reads, Uniwatch, and do a Catch of the Day, wherein you click on it and it’s whatever cool thing the site’s owner wants to share that day. I told him that would be a great idea, but I never find anything on my own. The finds usually come to me, as is the case for today’s items I’ll be sharing as part of my new web series, “A Few Things That I Bought.”

I am anticipating that this series will be lucky to hit 12 posts annually. Why? I’m not really a shopper. I don’t spend much on clothing. I don’t buy chachki’s and trinkets. Most of my money goes to groceries, technology and more recently, college tuition. I know. I bet you’d love to be on my Christmas list, right? So when I find stuff that I think is pretty amazing (courtesy of other people online) I’m going to compile my purchases and share them here. The only rule? They have to be partially to fully life changing or they’ll never see the light of a backlit screen. Ready? Let’s go. 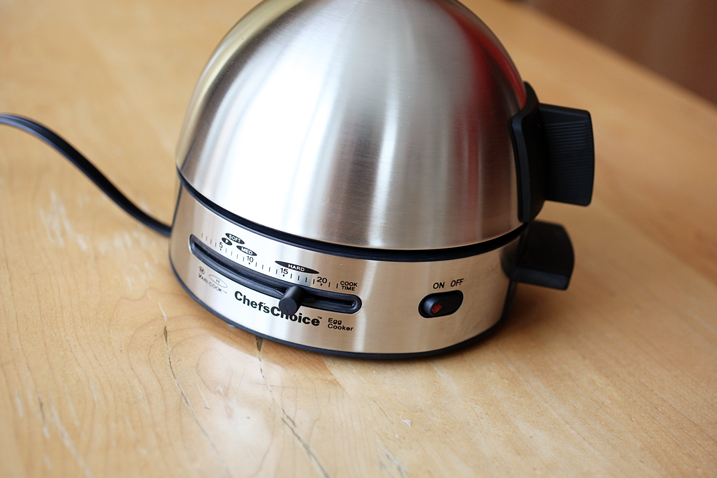 I first read about the idea of an egg cooker on Jennifer McGuire’s blog, then just a week later on Lisa Russo’s blog.  I am a fan of eggs. They make a great, protein-packed midday snack to tide me over until dinner. Plus, egg salad? Exactly. For the past several months, I’ve been buying pre-peeled hard-boiled eggs from my local grocery store deli. I realize that’s living pretty high on the hog, but I really do have issues with peeling. (If you need any further proof of this fact, I submit this evidence.) But Lisa swore this egg cooker made not only the cooking of the eggs a breeze, but the peeling of them as well. I was curious and I had a credit card. One Amazon Prime order later, and it was on its way to mama. 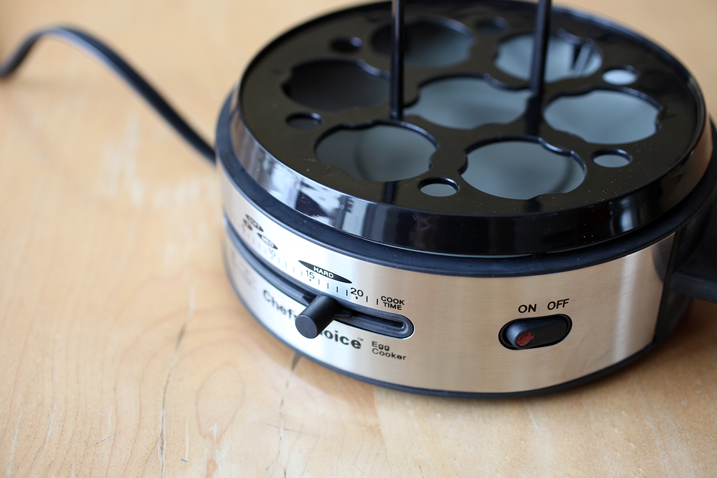 The process is simple. Add a bit of water to the base, load in up to 7 eggs, cover, set the timer and walk away. You’ll hear a can’t miss beeping when it’s all done. I plunged the carrier into cold water and when the eggs were cool I started to peel. After getting a bit of shell off the top, most of the lower shells literally popped right off. You younger readers might think, “Hmm. I guess that’s cool,” but this is the kind of shit that makes middle aged women swoon. 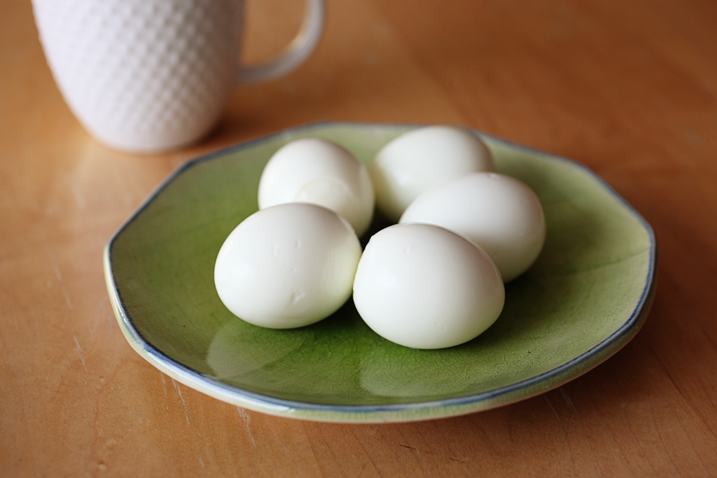 Hello, perfectly cooked eggs. Oh, yeah… that part. When I sliced into one egg, it looked like this. 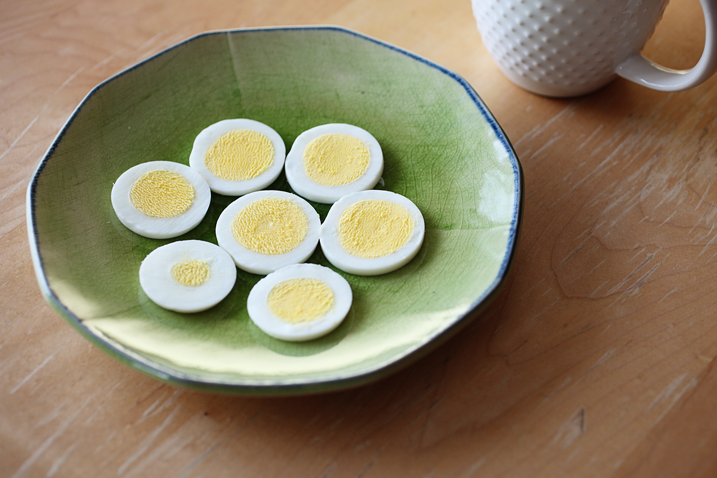 I’m no food stylist, but… damn.

And the slicer? It’s this bad boy. 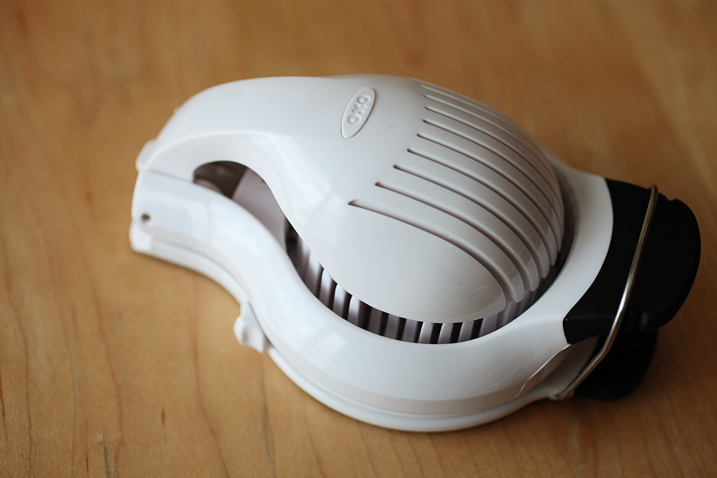 I’ve had this for a few months and it cuts eggs like butter. It reminds me of the egg slicer my Mom had when I was growing up, but fancier.

And the other thing I bought last week? Two white beaded mugs from Target. I was at my friend Margie’s for coffee and she had these mugs. I love how big and bumpy they are. Perfect for morning coffee or afternoon tea. 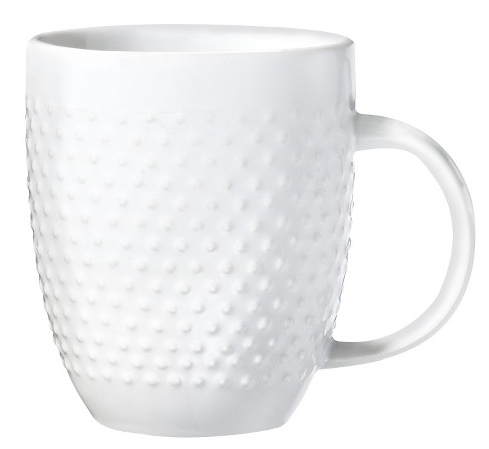 So that’s my consumer spending report of the past week. I now have hard boiled eggs coming out of my… well, my egg cooker.

Have any great finds you’ve come across recently? By all means, do tell.

61 Comments on “A Few Things I Bought”