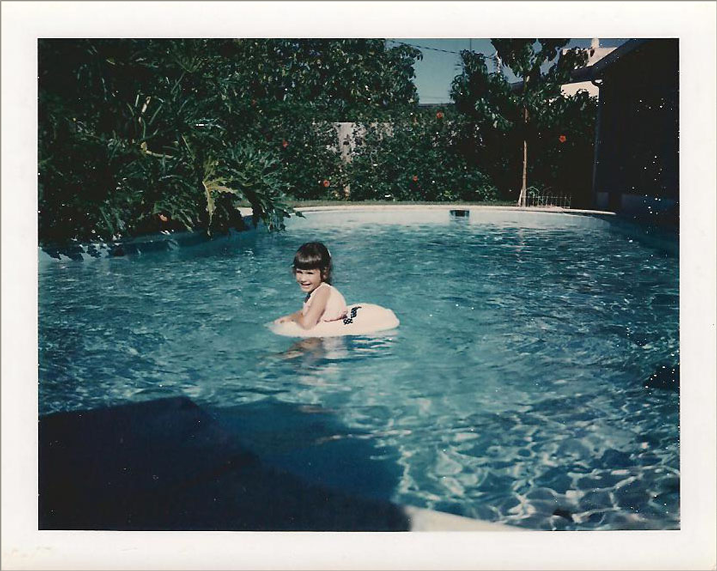 This was the thought rattling around my head last week as I decided to step on the scale to see if it was just my imagination that I had somehow packed on yet another five, or possibly ten. Or whatever.

As far back as I can remember—and honestly, anything before 12 or 13 is a bit fuzzy—I have wanted to lose weight.

In middle school, I remember starting to drink Diet Sprite thinking that it was a much better choice to have with an afterschool snack of potato chips and Snickers bars. It was saving a few extra calories which in turn would make my butt look just a little more acceptable in my San Francisco Riding Gear jeans.

In high school, I remember bringing a Diet Sprite and an avocado for lunch, because that was yet another sure fire way to drop a few libbies and have more boys like me.

It must have been rough back then, being a five-foot-six-inch female weighing 125 pounds.

Last year I wrote an apology to my body. As I re-read what I wrote, I still feel that yearning for tenderness. I want to connect to acceptance and move away from body shame. But it’s a slippery slope. Being disappointed in my corporeal being is as familiar to me as the roof of my mouth is to my tongue. It’s nearly all I’ve ever known. My whole life.

I work with a therapist. I’ve mentioned this before. She really focuses more on personal development. I’ve learned a lot about myself during the past four years and much of it does not, how do you say, make me feel very good about myself. Most of the time, I avoid this particular topic with her because she’ll be the first to call me out that I keep it a problem, because if I don’t have a problem in my life, I cease to exist in the neurotic way that I know and cherish.

That would be true. Because as you can guess, this is about a lot more than just eating your feelings in Oreos. It’s about how you view yourself as a whole. There are parts of my whole that I view with great pride and confidence. And then there is this part, which has always been lacking in the equation.

As I am staring down the barrel of 50 (okay, so I still have 11 months to go), I am feeling very middle aged in my body. Shit hurts. Nothing fits. I’m skipping the shower more days than not because work calls, and who cares if I’m in my pajamas all day? Actually, that’s pretty standard for me. When my schedule is taxed, something’s gotta give, right?

But as I approach the half-century mark, the reality is, I don’t know how much time I have left. None of us do. But I do know that my whole life I have never been thin enough. I have never looked good enough. Except for a very few times when I was in a very unmanageable state of calorie intake and reduced weight.

Maybe I do need to talk to my therapist about this again. Because it’s not just about weight. It never is.

I hesitated to post this because I don’t want to whine. I don’t feel whiny. I just feel like, “Whoa… it’s always been like this.” Sure, there’ve been stretches where it wasn’t a problem, but during those times, I had other problems. I smoked a pack a day. I yelled at my kids at the smallest provocation. I was the least affectionate wife on the planet. But hot damn, I could wear Size 10 jeans no problem!

When I don’t write about what is really going on in my life, I feel blocked as a writer. Sometimes I don’t feel like I can get another Make a Page Monday out until I deal with what’s real. Or what’s neurotic. Either way.

That’s where I’m at today.