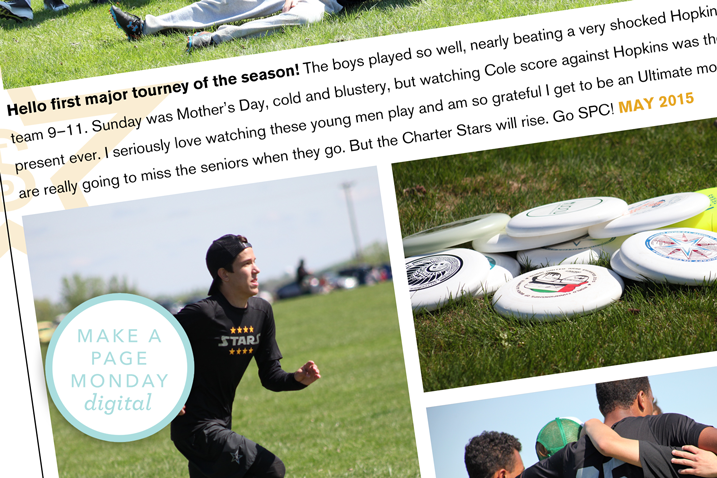 I’m doing that Mom thing right now. You know the one. Moms whose children are not little and not doing adorable little things but instead, Moms whose kids are teenager and are doing the sports thing.

And I LOVE it.

Cole is not always thrilled at the idea of being, oh how does one say, scrapbooked. But he’s all over having me take photos of his Ultimate games. This is all well and good but right now, I have a serious case of lens envy.

I have this zoom lens. I want this one.

And although this would be a very legitimate business write-off for 2015, I have no justification for spending that kind of money—nor do I have that kind of money—and so, I’m going to rent one for the next tournament. Although it won’t be the new version of that lens, it will be the older version. Still, it’ll be fun to take it to the State Championships and see what I can do with it. Moving right along…

Note: Do you think starting a Kick Starter campaign for that lens is a tacky idea?

OF COURSE I JEST.

Here is the page I made. 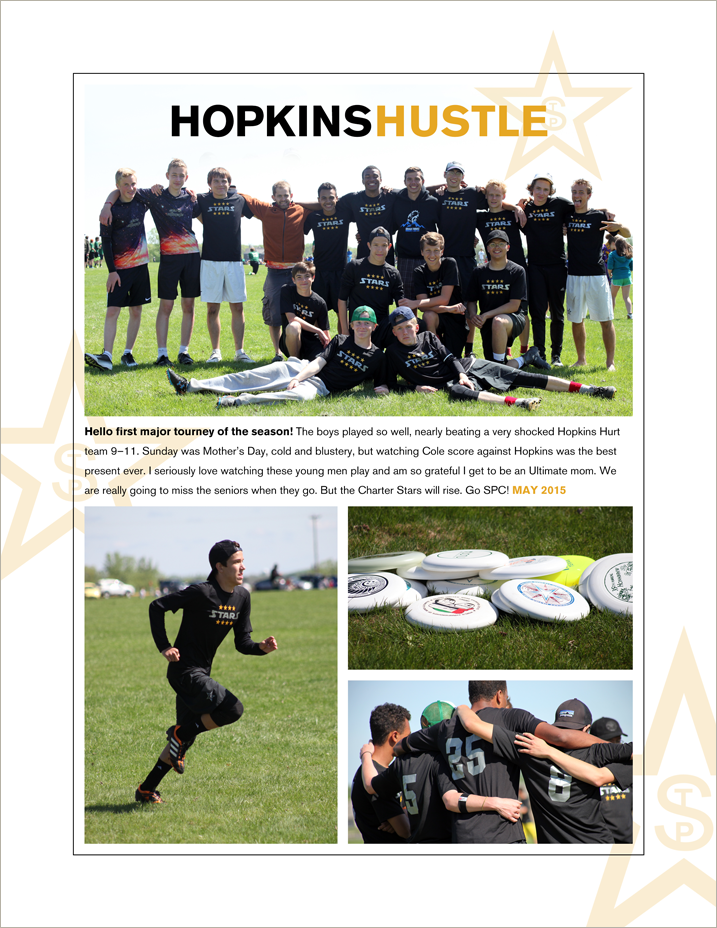 STORY OF THE PAGE: It’s the first major tournament of the year. Ergo, I document. I know. I probably should blur out every face on the team, but what the hell. Hopefully no Moms out there will be pissed. Man, these young men are just a great group of guys. Seriously. Also, these are the dark versions of their new uniform and yep, Cole designed these, too.

DESIGN STUFF: This is such a straight up page. Symmetrical, more or less. Plain, definitely. But it just tells a very direct story. I don’t know if it’s laziness or just that I’m really just being unapologetic for the way I want to save stories, but this page is going to be perfect for his album. I’m using their star logo three times, creating a visual triangle to unify the page.

TECHNICAL STUFF: The only techie thing I did here was to lower the opacity of the star logo. That, and I added more sky to the top of the team photo, so I’d have room for a title. I work primarily in Photoshop CC and there is a great feature called Content Aware. Content Aware is under the Edit > Fill Layer and it will fill your space with what it deems to be surrounding it (i.e. more sky). It doesn’t always hit the mark, but for this area, it totally worked. Actually, there is one more techie thing I did: I combined layer masks. The lower photo was actually two layer masks. To combine them, I simply enlarged the width of one until it overlapped the other, then I merged layers. You can do this to create different looks to match your photos at hand.

I realized as I was writing this post that I’m starting to amass a handful of digital pages, so I saved them for print and uploaded them to AdoramaPix.com. I was thrilled with the book they printed earlier in the year and their prints are just as fantastic! I need to make sure that my digital pages don’t just live in the digital realm.

LEARN THE BASICS OF DIGITAL SCRAPBOOKING! I have a new e-course called Digi Basics with Cathy Zielske, and it will give you the skills and confidence to save your memories in fine digital fashion. 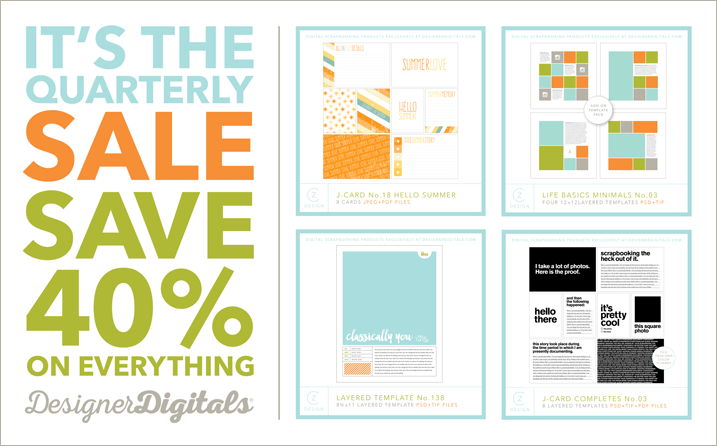 This template plus everything else is all on sale at Designer Digitals. Save 40% on everything in the store until May 22 at 6 a.m. EST. Shop my collection here.