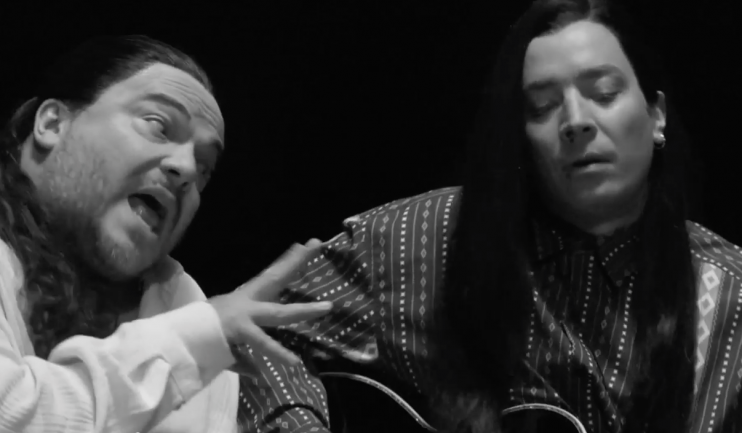 Loving this video from Jimmy Fallon and Jack Black. So. So much. I still have the cassette single of this song from back in the days of Yore. Loved me some Extreme. (Well, just the one song.)

Laughing my ass off at this video. I’m not very familiar with Adult Swim, but this kind of humor? Yes, please.

Continuing to work on a new CZ Classes website and the next class I’ll be releasing is an updated version of Ten Tips for Better Type. If you took this class with me when I ran it back in 2011, you can have free access when it launches, hopefully later this month or in June. The original class had one project and I decided to add three projects to the new version. I think it’s a better class than it was and it gives you some very practical, hands-on work to apply the tips.

Preparing for the Ultimate tourney season. Cole has tourneys every weekend in May. I bought a new rolling cooler from Costco so I could vie for Mom of the Season when I bust out those mini turkey sandwiches.

Listening to Cloud Cult a lot right now, especially their Unplug album. They just released a companion film for the recording of the album. Cloud Cult is a very special band. It’s actually kind of hard to put into words just how much and why, but if they resonate with you, it’s never in a small way. I plan to buy the film on iTunes and watch it later this week.

Obsessing over Inside Amy Schumer. Dan and I plowed through a number of her Season 2 episodes last week and are now onto her current season. I think she’s sharp, raunchy and very, very funny. I’m pretty sure everyone and their brother has seen this, but it’s just so good and it’s definitely gotten some conversations going between me and my girlfriends.

That’s what’s happening with me. What’s up with you? What are you doing this month?