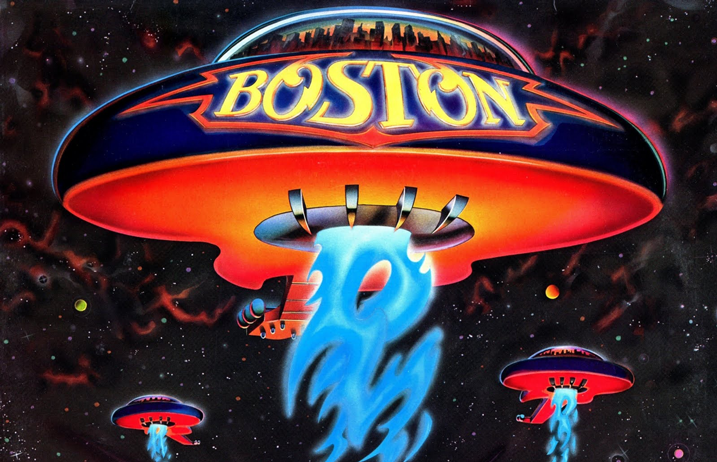 I am 15 years old and sitting the the back seat of a cream-colored, ramshackle Volkswagen Beetle with my best friend, Molly, and a boy named Curt who was a) a licensed driver and b) attempting to take his bug off road, all to the delight of two screaming teen-aged girls who were very likely wearing far too much hairspray.

I am 16 years old, hanging out at Flashing Red Light with my usual high school suspects down near the water in Everett, Washington, doing things I likely ought not to have been doing.

I am 17 years old, well before Howard Jones and George Michael would become my little darlings, and I’m plugging in a well-worn cassette into the deck of my Datsun B-210, singing my teen-aged heart out. Oooh, are you feelin’ satisfied? Come on let us give your mind a ride.

All these scenarios shared a common soundtrack: the music of Boston.

I am 49 years old, and I still believe nothing says summer more than the songs by this classic rock band of my youth.

Yes. I am dating myself with this post but something has been on my mind lately and I’m just going to come out with it: Boston is overdue for a renaissance.

When The Sopranos played “Don’t Stop Believing” over the end credits of their season finale, Journey’s popularity soared. It happened again when Glee kicked of their series, showcasing an a capella version of the song—one that still gives me chills—to an entirely new generation.

But what about Boston? When is some clever director going to run Peace of Mind over the end credits of the next feel-good summer blockbuster starring Channing Tatum as a working class guy who rises up through the ranks of a major corporation and becomes a billionaire only to give away all his money to those in need?

True story: I was walking around the house over the weekend, belting out this song and Dan looked at me a little sideways and was like, “What did you just sing?”

So I sang it again for his pleasure.

I understand about indecision and I don’t care about get me high.

Um, yeah. Turns out the lyric is actually, “I understand about indecision but I don’t care if I get behind.”

Dan pointed out that if a song lyric appears to be an incomplete sentence (I don’t care about. Get me high.) that I might want to revisit what I’m singing, going forward.

But aside from the fact that part of my teenage years is now apparently a lie, the awesomeness of the song remains.

If that song doesn’t scream summer until the end of days, I’m hard pressed to guess what would.

I read an article online recently talking about how people are hesitant to seek out new music as they age. I don’t fall completely into that categorization, but there is a part of me that will always yearn for the music of my formative years, back when albums featured spaceships or galactic insects on their covers and the nondescript, heavily-mustached and mutton chopped band members who sang with a wall of high-pitched harmony.

Don’t even get me started on Blue Oyster Cult.

Here’s to your favorite summertime music. May it include Boston in abundance.

I mean after all, nothing’s gonna help you more than rock and roll.