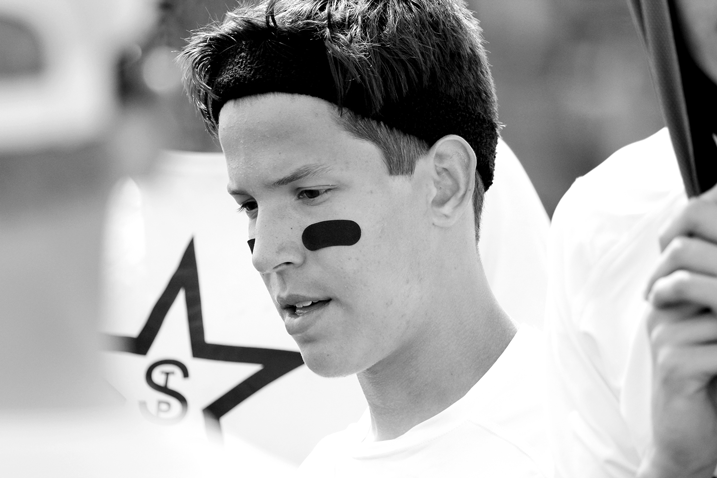 This is a story about my soon-to-be 16-year-old son, Cole.

But it’s also a story about a soon-enough-to-turn 50 mama, me.

Last week, he came down with a sore throat and a fever on Friday. By Saturday, he felt badly enough to warrant a trip to Urgent Care so we climbed into the car and made the five-minute drive to the clinic.

As with most of our drives, be they five-minutes, 15 or longer, we rode in silence, me trying to think of something to say, him, feeling like shit but as always, sitting silently to my right.

We sat in the waiting room for nearly an hour and after about 10 minutes, I looked at Cole, who was now sitting to my left and put my hand on his back, tentatively and said, “I’m sorry you feel so crappy, buddy.”

And that’s when it hit me: it’s so rare these days that I ever have cause or permission to touch my son.

Recently, I was in the kitchen standing near Cole, and I looked at him, smiled and said, “Huggy?” He quickly moved out of the reach of my arms, citing back pain and I played it off like it was no big deal. No big deal is a smart mantra for moms of teens.

I get it. At least I think I get it. But see, I can so clearly remember conversations with an 11-year-old boy, back when I’d lie in his bed every night and we’d read stories or just talk and he’d say, “Mom, I’ll always want to snuggle with you.”

Now I get that this is waxing a bit on the sentimental, but something hit me really hard sitting in that waiting room: humans need physical touch. Who is giving that to Cole if not me and his Dad?

I was talking to Dan about this and he pointed out that when he and Cole rough-house, which thankfully they still do on a regular basis, usually while playing basketball together, that there’s a lot of moments of extended contact. Cole will jump on him or Dan will grab him and so forth. Right now, I’m so grateful for that physical interaction, even if it has nothing to do with me.

I get that you can’t force a hug on someone who doesn’t want one. In fact, that day in the kitchen, it was me who needed the hug. Cole was fine. He was doing his life and that was something I projected onto him.

Maybe this is similar.

Last year, he and I were driving in the car and the silence got the best of me and I turned into a blathering idiot. I started crying, saying I didn’t understand why we never talked and how sad that made me feel. I’m sure he wanted to jump out of the car at the first stop light. In fact, I’m shocked that he didn’t.

I brought up the exchange with my therapist who told me that yet again, I was making something all about me that had nothing to do with me. She told me Cole was fine and I was living in my usual world of fantasy, wanting things with him to be easy and natural, rather than working to understand him, offer him what he truly needed and be a real parent.

I write about this today because it’s not always easy this parenting gig. It requires real skill that I’m working to develop every day. And as soon as I think I know something, everything shifts, requiring me to try and see things as they are in each moment. Not exactly something I’ve excelled at over the years.

My therapist also recently told me I’ve lived 100 percent of my life based on my feelings as opposed to facts. She told me that a life based on feelings sends you into fantasy land where you can construct all sorts of ideas and beliefs that allow you to act a certain way. I asked her just last week, “Are any feelings legitimate?” to which she replied, “Absolutely! If they are in response to facts.”

I guess today I’m looking at what I perceive to be a fact: my son is navigating his adolescence and I am not always sure what is needed.

In the mean time, I continue working to see him, give him acknowledgement and do the best that I can every day. And it’s my complete privilege to have the opportunity.

95 Comments on “From the middle aged mama files”