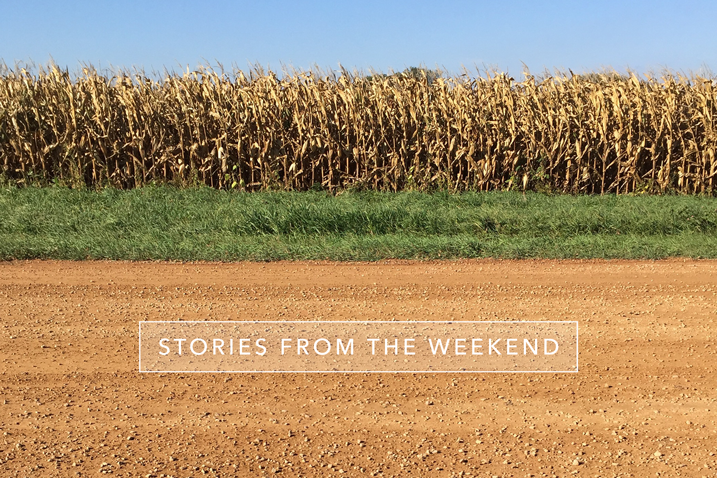 There was a weekend that just passed. It contained stories. Here are a few of them. 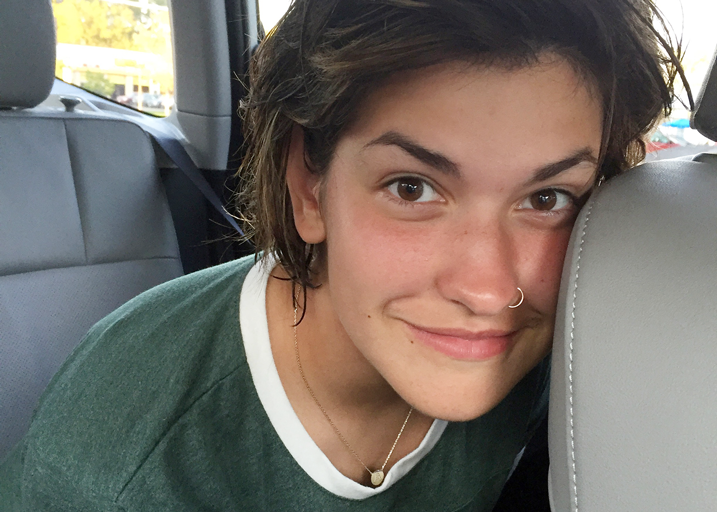 This girl was home for about 24 hours. She’s playing for the St. Olaf womens’ ultimate team and they were hosting a tournament about 30 miles from our front door. Originally, we were slated to be down at her school for the parents/homecoming weekend but alas, it would have been a little weird for us to be there sans student. So we made our own parents weekend here. But she wasn’t alone. 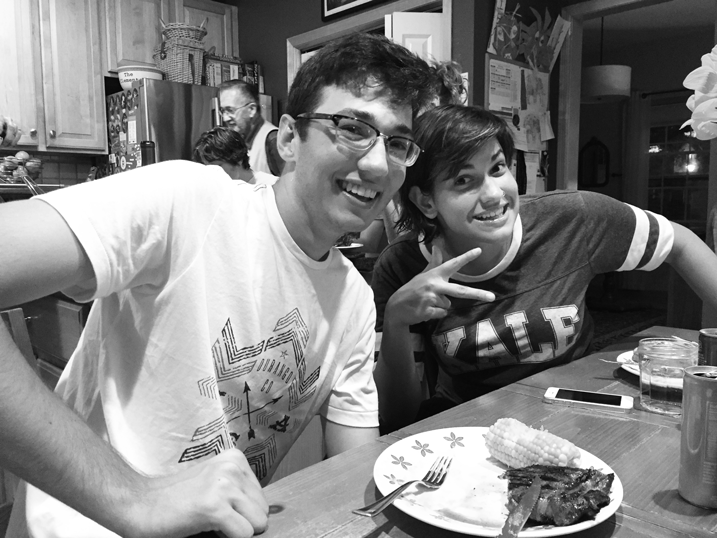 Her partner in crime (also named Aidan) also plays ultimate for St. Olaf and he was home as well, which meant a family dinner for our two families. We really like his family, so this is always a positive. You know how Cole plays in a band? It was formed by Aidan’s boyfriend’s younger brother. I know. We are very intertwined with this family. Oh yeah, and they live a mere .8 miles from our house. Next story. 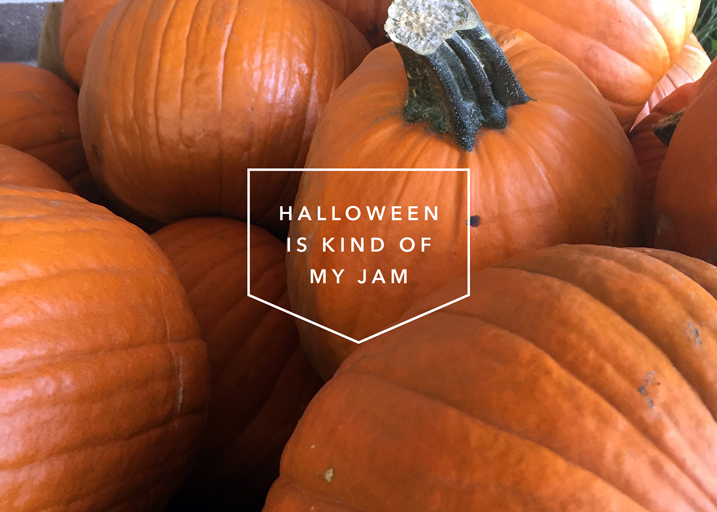 I saw my first batch o’ pumpkins at the grocery store. I think I let out an audible sigh. I’m pulling out all the decor today. I have bats to adhere.

Speaking of ultimate, Cole plays in two different fall leagues and we spent a glorious day outside watching our boy throw and catch the disc. You know this sport is being considered for Olympic inclusion, right? No? Well now you do! Side note: I took my crappy zoom lens out to the fields and started to remember how glorious that one lens I’ve rented a few times was. 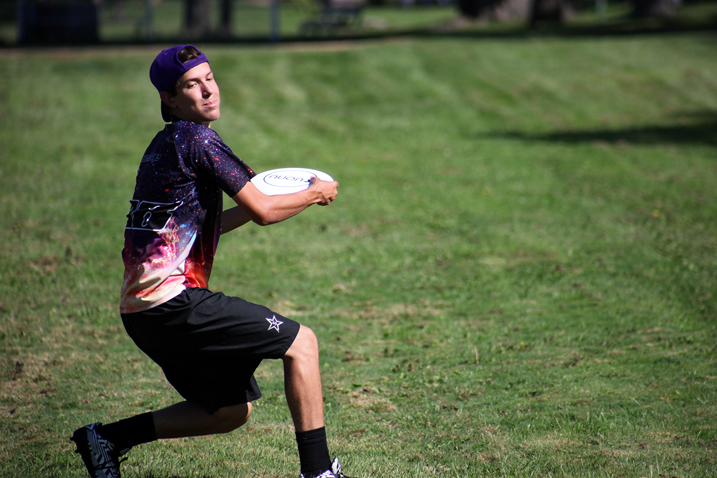 And those, my friends, are the weekend stories that have photos.

The photo-less stories: answering emails while sitting on the ultimate fields, washing my car by hand (I know, it won’t last), waking up at 3:45 a.m. on Sunday and figuring, what the hell, let’s get up and knock some work out and giving my girl a big hug goodbye as she headed out for her final tourney day before heading back to school. 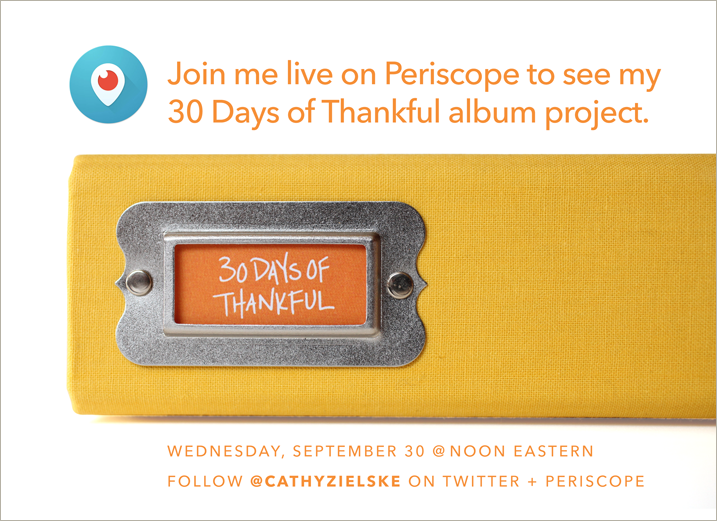 I’ve recently started to dabble on the Periscope and figured I’d give it another shot this week to show you a sneak peek at my album project from the upcoming 30 Days of Thankful e-Course. You can follow me on Twitter and Periscope. My handle is @CathyZielske. (Do people still say handle? Or is that just a trucker thing from the 70s?) The broadcasts are available for 24 hours, if you can’t make it at that time. I thought it’d be a fun way to kick of registration, which also opens on Wednesday. This class is a new thing I’m doing this year. I’ve done 30 Days of Thankful as a blog project for a number of years, selling products at Designer Digitals. This  year, I turned it into a workshop. Read more about the class here.

Note: I will also be selling just the digital and printable card files separately at Designer Digitals. They will be available in the store this weekend.

Cathy ZielskeStories from the Weekend09.28.2015

7 Comments on “Stories from the Weekend”