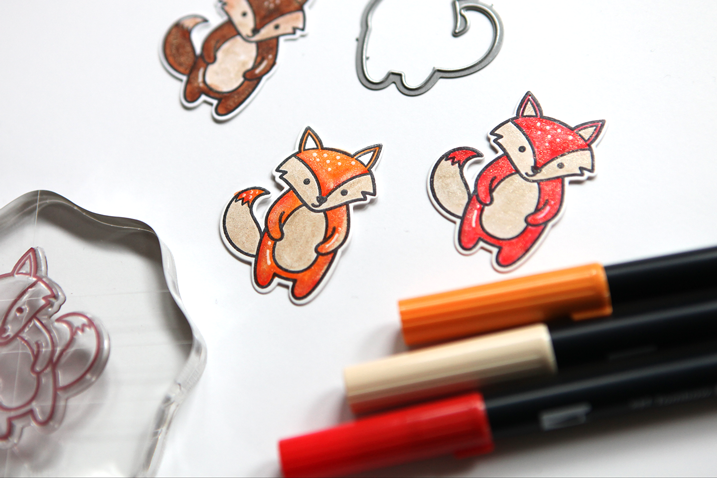 Stamping, Coloring and Die Cutting—Okay, maybe ‘into’ is a bit strong, but after all these years of working in the scrapbook world, I think the allure of card making is finally calling me. It started with watching a few Jennifer McGuire process videos, and that led to more videos and that led to me getting a Big Shot (mine is from Stampin’ Up!) and that led to getting this stamp and die set from Lawn Fawn. Oh, and I bought a few markers from Tombow (emphasis on few) and a Wink of Stella Shimmer Pen. I’m not exactly the most skilled at coloring or stamping, but it’s fun stuff and it’s giving me ideas for some saucy sentiment stamps I want to make to combine with these adorable stamp and cut images. Details on these new sets will be coming in a few weeks. The other thing that’s crazy is the whole Copic marker thing. I know very little other than they are very expensive and probably not in my skill set. If you have any thoughts, I’d love to hear them. They might be a bit above my pay grade at this time.

One more thing: I just ordered this set of Christmas lights from Lawn Fawn after watching this video. Oh hell yes I’m making something with them! I mean, after all, they match my cookies. 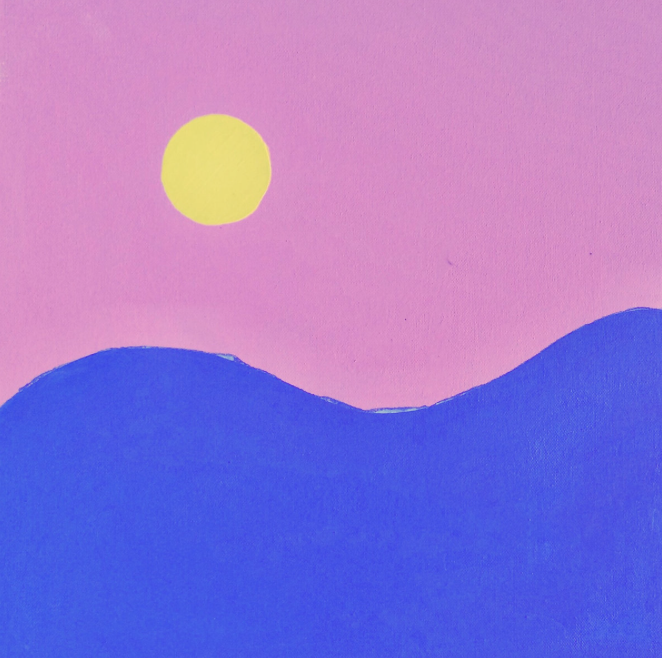 The Happy Children Small Talk EP—This might seem like a bit of a departure from stamping, coloring and die cutting—and it is—but a few weeks back my son’s band played a show on a multi-band bill featuring the headliners, The Happy Children. They’re a local band, with two of the three members having gone to the same school as my kids at one point or another, and I’m friends with the lead singer’s mom. Those connections aside, watching this band and the crowd they played to gave me goosebumps. The energy in that little venue was infectious and it’s hard to explain other than I was so happy my son is part of this local music community. Watching this band play just made me feel alive. I bought the EP the next day and it may not be your cup of tea, but if you know any other people in your life who are looking for a cool new band who I think are really special, by all means share. They are also the creative force behind the Normal Parents brand. If you’ve got some young, liberal people in your life, they have shirts for that. (And if you want to see them live, this video is great, plus my son may or may not be the kid who catches the t-shirt halfway through.) 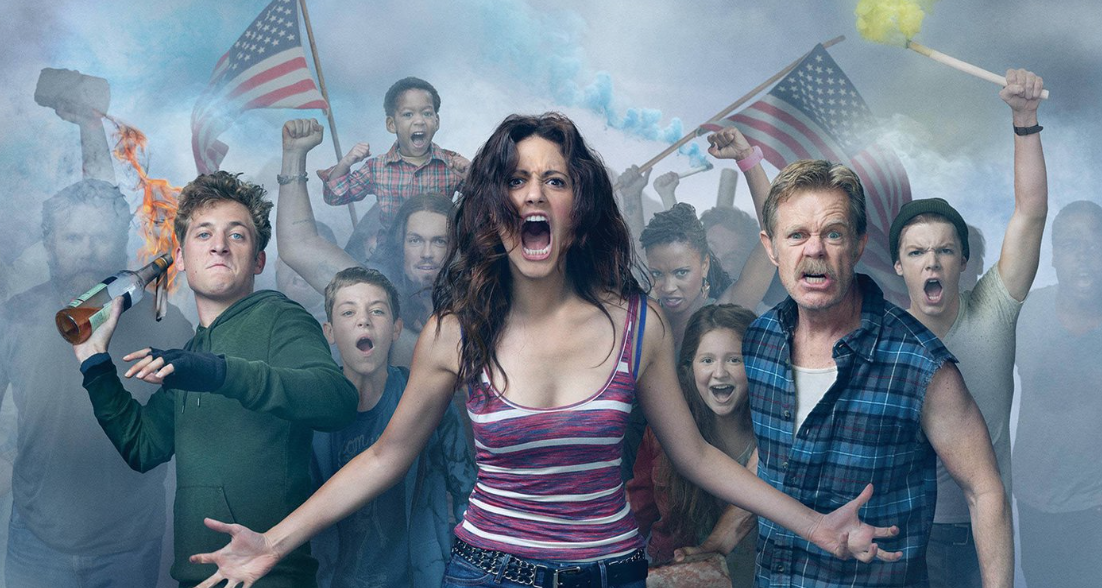 Shameless—I just plowed through the first six seasons of Showtime’s Shameless and I have to say, I loved it. After seeing a trailer for it years ago, I had decided it probably wasn’t a show I would like and I guess I was wrong. Yes, William H. Macy’s Frank character is literally deplorable, but at the end of the day, the show is really just about family and how messy it can get. Plus, let’s be real: Lip is kind of a hottie.

7 Ingredient Zuppa Toscana—This recipe from gimmesomeoven.com is my favorite find of the winter season. (Yes, it’s still cold enough here in Minnesota to be considering soup for dinner on the daily.) It is simple, quick and so delicious. I do add one more ingredient, however, to my version: a little olive oil to the pan to start. We make it with gluten-free gnocchi and baby kale (as opposed to big old, tough kale leaves), and the hot Italian sausage from Target (the best!) This meal is so rich… it’s literally gobbled up so fast. Even Cole likes it, and that is saying something. There are so many good recipes on this website it’s insane. I have numerous ones bookmarked. But take my word: this one is so, so good!

I guess that’s good for now. Just a few things I’m into. Any you’d like to share? Are there things I should be into right now that I’m not aware of? Besides zoning out and watching craft room tours?

By all means, do tell.