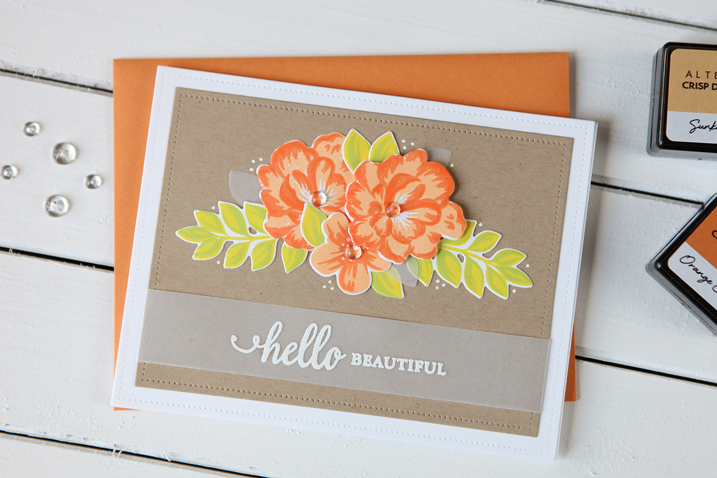 Today’s card began a few weeks back when I got my hands on a catalog from Hero Arts. 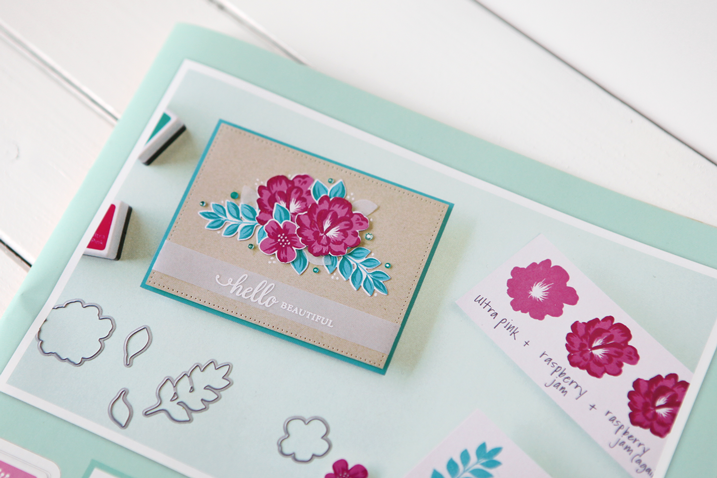 Do you know about layering stamps? Many companies make them and apparently, you have many parts of the image, all in separate stamps, and you LAYER them together with different inks to get the results you see above. I literally put this catalog on my scrap table and copied it, just swapping out colors that I wanted to try instead of the pinks and blues. 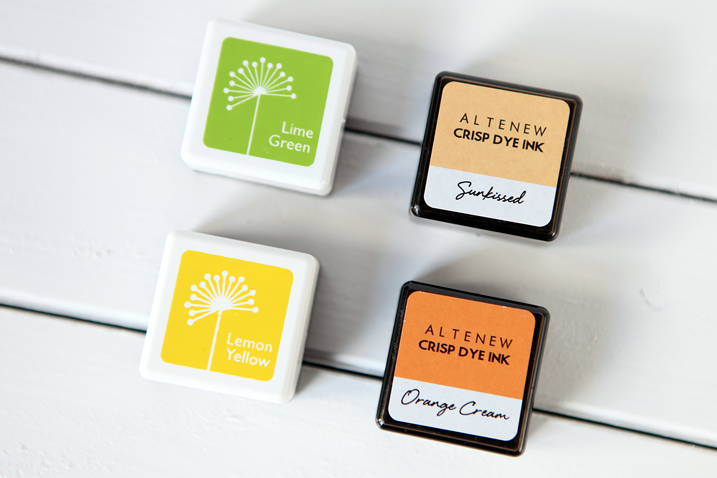 I love that so many companies offer the smaller cube sets. I have a much easier time storing these, plus they come in sets of coordinated colors.

The stamp set I used has a matching die set so you can easily cut out your flowers and leaves. When I showed the finished card to Dan he said, “You made that?” 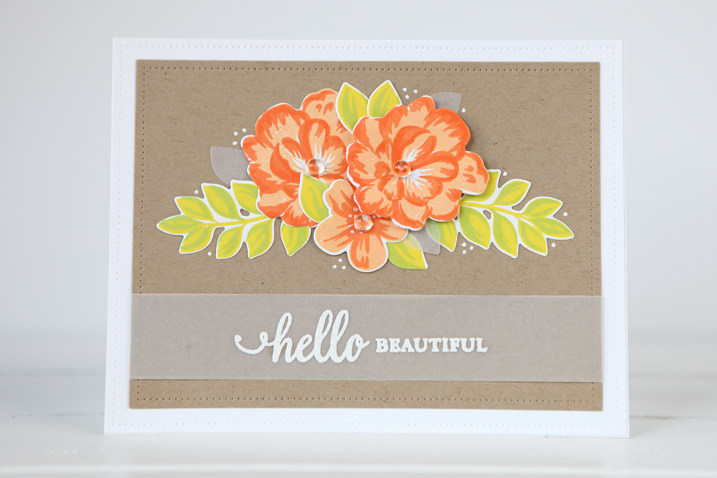 I won’t lie, this took me a while to figure out. Because I’m learning about this stuff, it takes me a few tries to make the technique work. For example, it took me a while to figure out how to line up the stamps so they layered properly. But here, I only used two inks on each element. On the flowers, per the example, I just stamped one of the parts of the flowers twice with the darkest orange ink to create the look of three inks. Oh yeah, and that double stamping? Made a zillion times easier using my Mini Misti Stamping Tool. #getafrickinmisti 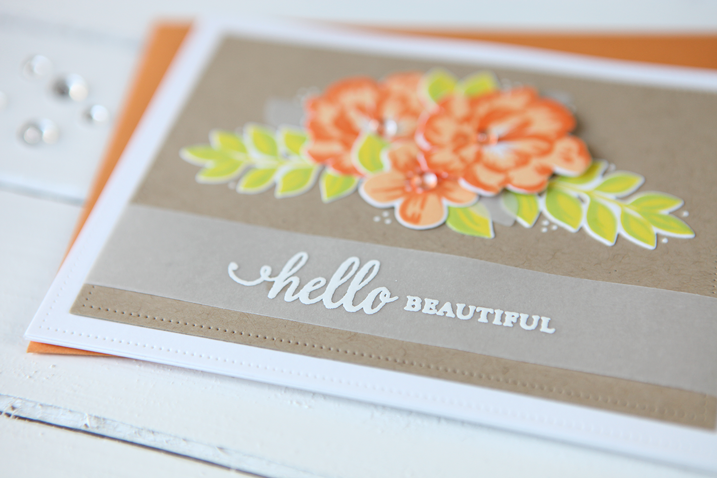 Another thing that arrived over the weekend was a big old ream of Neenah Solar White 110# cardstock. I know people use both for card making, so I had to see what the difference was, and as expected, it’s just a more solid weight of the same glorious paper I’ve been using in the 80# weight for the past two months. I used the heavier weight to make the card base and the lighter weight to stamp the flowers and cut the full sized dotted rectangle you see on the front of the card. I believe I am now in love with both weights.

The final touch was use some Glossy Accents to add those little clear droplets you see and a few white dots using a white gel pen. Again, I say unto you, who the hell am I these days?

Answer: a person who is having fun trying new things.