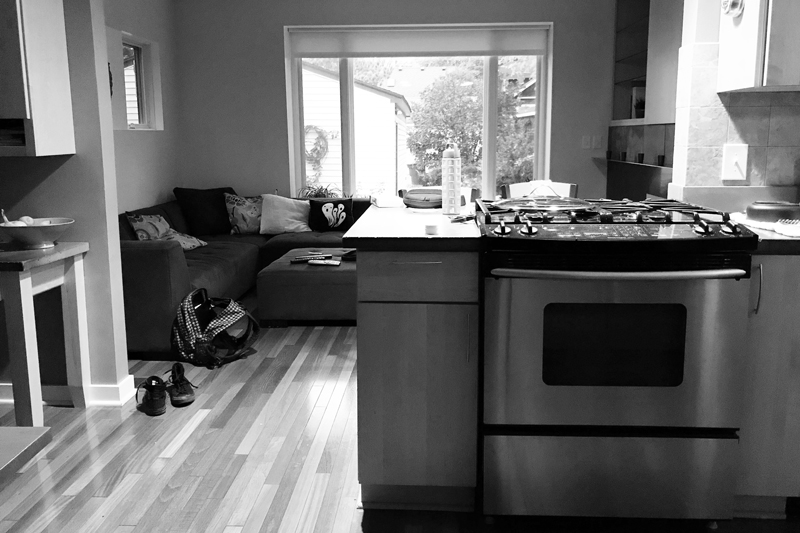 This morning, Cole didn’t have to be to school early because of a conference he’s attending, so I decided to bump my morning alarm to 7:30.

As I lie in bed, waiting to make that all important decision do I hit the snooze on my phone or get up?, I realized that this time next year, sleeping later could be the new school year norm.

Whether Cole is a freshman in college or a young man taking a gap year, getting up in the morning to get him to school won’t be a thing anymore. He’s presently driving himself to school every day with me in the passenger seat, as he’s working on getting his license, but even if he takes the test in December and passes, I have no plans to hand Stevie over to him for the day so he can drive to school alone. Mama might work from home, but she still needs her car.

That, and we don’t exactly have the budget for a new used car. Nor does my son, so… I still have a parental task at hand for the next several months.

As I came downstairs for that all-important first cup o’ Joe, I stood there for a minute and thought, “It’s gonna be a little weird next year.”

You see, I’m hoping for the boy goes to college scenario versus the boy takes a gap year to play rock and roll one. In the former, the boy is living in a dorm somewhere, immersing himself in college life and living away from home for the first time.

Right now, he’s got schools on his list as far away as coastal Northern California, and as close as the University of Minnesota. I personally want this experience for him because I think it will show him a different side of education, one where it’s really on him to get it done. One where he gets to start managing his own life on a more sophisticated level. While he’s grown up in the Montessori method, which definitely puts the onus on the student to do the work, I think right now he’s mentally done with high school in a lot of ways.

But next year, with Dan entering his third year of elementary school teaching (and don’t they say it gets easier after Year Three?), and his early 6:45 a.m. departures, there won’t necessarily be a compelling reason for me to keep my 6 a.m. alarm.

Hell, I’ll have ALL day to get my work done. Dan gets home around 6:30 or 7 each day, so that give me hours to kick it old school.

And the thing is, because I’m self employed (and really hope to continue to be able to be so, but I’ve been saying that for 18 years now), unless I’m going to Costco, I’ll be able to stay in those jammie pants as long as humanly possible. My bra wearing ratio, already at an all-time low, will dip to the greatly protected “on an as needed basis.”

And all I’m saying here is that it’s going to be a little weird.

One day at a time, right my friends? And this mama needs to stay in the present.